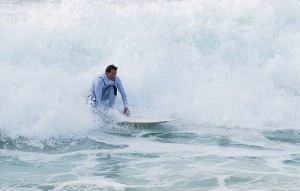 Summer is the time to be writing your college essays (photo credit: Alvesgaspar).

During the school year, you’ll be inundated with homework, tests, activities, and such. Just when you think you’ll be able to set aside time to write your all-important college admissions essays, you’ll have an AP Physics assignment that pops up that takes priority. But your college essays need to be the priority and so why not write all of these admissions essays when you actually have time to write them? Doesn’t that make the most sense?

This one private college counselor wrote a while back about he doesn’t advise that his students write their admissions essays over the summer. He thinks that summers should be spent doing something that students can write about in their college essays. No kidding! Of course summers should be spent productively! Oy vey. But that doesn’t mean that one cannot also write one’s college essays during this time as well. They’ve got to be written at some point. There is no better time than the summer. We’ve been saying it for years and our students have been writing their essays over the summer for years. It’s how we roll at Ivy Coach.