As seniors work on their Early Decision and Early Action applications, we’ve received a number of messages from parents (and students too) saying something like this: “My daughter is basically done with all of her essays to her Early Decision school, but we wanted to have a second set of eyes look them over.” We’re happy to look over applications — and the Personal Statement and any supplemental essays required of an Early Decision or Early Action school — but we also want to make it clear on the pages of our college admissions blog that this raises a red flag for us. Just because a student has written his or her 650-word Personal Statement…just because she put 650 words down on a page doesn’t make these words any good. 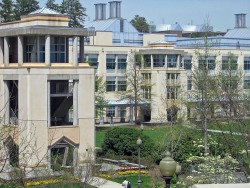 While some people may suggest they’re “basically done,” it’s more likely than not that we will suggest the student hasn’t even started. And that’s because the topic of the Personal Statement itself needs to be completely scrapped, likely because it’s cliche. At Ivy Coach, we firmly stand against cliche drivel. It is the enemy. If we could’ve said this in fewer words, it might even have become the tagline of our firm. That’s how strongly we feel about trite writing. Our students at Ivy Coach never, ever submit cliche writing. Not in their Personal Statements. Not in any of their supplements. Their activities aren’t cliche. And their letters of recommendation from teachers and their school counselor don’t have a hint of cliche either. It is a uniting theme of all of our students.

Cliche is boring. And entirely ordinary. Our students don’t present as ordinary. Ordinary doesn’t stand out in highly selective college admissions. So if your child needs assistance with his or her essays at this late date, in advance of the Early Decision or Early Action round, that’s fine. We just want to readjust expectations. Just because your child may have written 650 words, it doesn’t take months to completely restart an essay based on a  new, fresh idea. It’s surely worth going back to the drawing board before this cliche essay costs your child admission to his or her dream school.