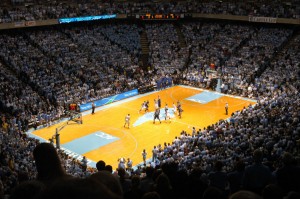 Writing about athletics in college essays is a bad idea. Do you have any idea how many students each year write about sports in their college essays? You don’t? Neither do we but we do know that it’s a significant number. So many male and female applicants write about that winning soccer goal or that time that they were knocked down by injury but got up and helped their team pull off an upset. These essays are — simply put — boring. They will not differentiate the applicant from the thousands of other applicants. They will not inspire anyone who reads them. They will put college admissions officers to sleep. It’s that simple.

And yet year after year students write about athletics in college essays as though their story is going to be the one to stand out, that their last minute goal is special. Let us tell you right here and now — it isn’t. Your goal is no more special than the thousands of goals that have been featured in college admissions essays. So don’t write about that winning goal. Don’t write about that perfect race where you were way behind but ran past your opponent during the closing stretch. Don’t write about that swim where you got a best time after months and months of training. It’s too boring to read.

Often times, telling small stories is the best way to tell stories. Writing about sports in college essays isn’t good storytelling because your audience has read too many similar stories. Know how to be a good storyteller. Know how to engage your audience. That winning goal is so not going to inspire them no matter how much you think that it will.