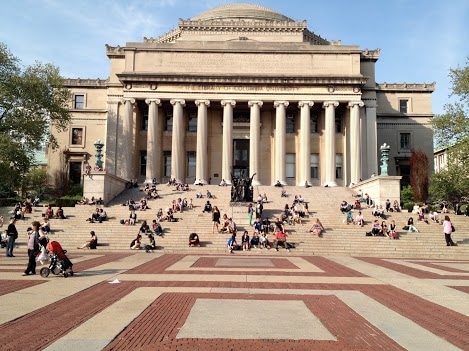 Should colleges be able to collude to set annual tuition costs?

The sun lights up the sky (except for a few minutes today, on this day of the Solar Eclipse). The ocean is wet. And college tuition goes up and up. These all seem like no-brainers, right? Of course they are. But what if we were to tell you that there may be a plan in the works to make one of these statements untrue. Hint, hint: the ocean will still be wet (even the 100 plus degree Dead Sea — which is sadly evaporating), the sun will still light up the sky, but there may soon be a sea-change with respect to the trend of college tuition at American private institutions to only go up annually. Gasp!

Federal antitrust law prohibits colleges from collaborating on tuition costs. For instance, if the president of Brown called the president of Yale who in turn called the presidents of Harvard and Dartmouth all to establish what they’d be charging for tuition over this next academic year, that Ivy League price-fixing would attract the attention of the United States Justice Department — or at least it would in any other administration (who knows under the current one). In fact, it once happened and it came to the attention of our Justice Department. As a piece by Jon Marcus entitled “Colleges say they could lower tuition — if only they could talk to each other about it” points out, “In 1991, the Justice Department brought charges of price-fixing against…the Ivy Overlap Group, which included the Ivy League institutions and Massachusetts Institute of Technology. The Ivy League schools quickly settled, and the practice largely ended. (Many public universities within states continue to set tuition collectively.).”

Would Colleges Use an Exemption to Actually Lower Tuition Costs?

Because colleges are in such competition with one another to lure the very best students, they incentivize students to attend their institutions — often by offering them scholarships (although the Ivy League colleges don’t offer merit-based scholarships so when you hear a parent in the grocery store bragging about how her son got a full ride to Yale, smile, nod, and do a silent gag — you’ll definitely feel better!). But because they incentivize a sizable percentage of students to lure them to matriculate, they’ve got to cover those students’ tuition costs. And how? The simplest answer is usually the correct one: by hiking tuition costs for the other students each and every year.

But colleges recognize that it’s becoming increasingly difficult for the typical American household to afford the high cost of college — that college tuition costs are increasing at a rate much greater than household earnings. So they profess to wish to do something about the dilemma. But some college leaders are saying that in order to be able to stop hiking tuition, other schools need to stop hiking it as well and for this to happen, they’d need to collude. It’s why they’re asking for this exemption — to allegedly lower tuition costs across the board. And they fully understand this is risky — that some will think they’re all colluding to raise tuition costs further. It’s why they would agree to set a limit on the number of years they could collude (e.g., 5 years) and a condition that they’d have to lower, rather than raise, tuition costs.

Do our readers think our government should grant this exemption to federal antitrust law in the hope of lowering college tuition costs across the board? Or do you think colleges will collude only to raise tuition costs further? Let us know your thoughts by posting a Comment below.