The Use of Private College Counselors 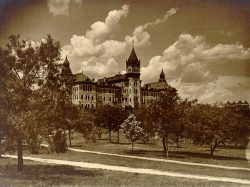 UT’s endowment is larger than each of the Ivy League schools, with the exception of Harvard.

The wealthy have an advantage over the underprivileged in college admissions. We know. It’s revelatory. There’s an editorial in “The Daily Texan,” the newspaper of the University of Texas at Austin that focuses on the use of private college counselors in the admissions process. In the piece, Ian Sims, a student at the university, suggests that it’s unfair wealthy students should have a leg up on underprivileged students by benefiting from SAT / ACT test prep and private college counseling, counseling that can cost $4,000 (we’re not sure where he grabs his figures from!). Anyhow, what do we, a private college counseling firm that also offers SAT / ACT prep, have to say in response to Ian’s argument? Yes, Ian. Water is wet. People generally don’t need to be told that water is wet and it certainly wouldn’t make for an interesting editorial. Think about it. Maybe it would go something like this: “There are studies, scientific ones, that suggest when you dip your hand into a body of water, like a river, your hand will feel moist. You will come to realize that your hand is in fact wet.” The wealthy have an advantage over the underprivileged not only in college admissions but in the real world, too.

The Advantage of the Wealthy in College Admissions

Is it unfair that the wealthy have an advantage in college admissions over the underprivileged? Certainly. But it seems Ian doesn’t live in the real world. He’s living at one of the world’s most beautiful universities, the University of Texas at Austin. UT Austin is, of course, within the UT system, a system which boasts an endowment of over $24 billion. That endowment is larger than the majority of the Ivy League institutions, institutions Ian essentially chastises as bastions for the privileged elite. So allow us a hearty giggle when he suggests this in his piece, in reference to private college counseling firms: “In an ideal world, it would be mandated that private services report a list of their clients to schools directly. This enforcement mechanism would prevent lying and underreporting.”

After Ian graduates from the University of Texas at Austin, we might suggest he move to Topanga Canyon in the hills of southern California. He can buy vegan-only food at the local food stand, hang his clothes out on a clothes line (in the clothing optional community), and practice yoga from dawn until dusk. Come on, Ian. Are you seriously suggesting that private American businesses should be mandated to report their clientele? Are you familiar with America’s free market system, a bedrock of the nation that is subsidizing your education? Have you ever worked for a day in this system…as in received a paycheck?

More Students Use Private College Counselors Than Many Think

Should the college admissions process be more equitable? Yes, without question. But the suggestions of this Texas undergraduate are not the way forward.