The Two Faces of IECA 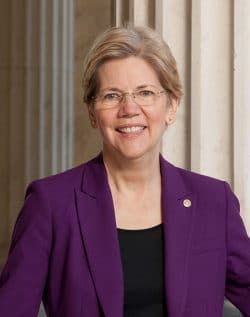 While we surely don’t agree with everything Elizabeth Warren believes, her takedown of the CEO of Wells Fargo was warranted. And so too is our call today for the resignation of the CEO of the Independent Educational Consultants Association, Mark Sklarow.

We have been quite vocal in the past about how we believe membership in the Independent Educational Consultants Association (IECA) isn’t worth the paper it’s written on (read Part I, Part II, and Part III for the full picture). Our Founder, Bev Taylor, was a member of this organization for years but we hardly see the benefit in being a member of an organization that most people haven’t heard of anyway. Not to mention, we firmly believe the organization, led by Mark Sklarow, to be unscrupulous and distinctly un-American with respect to its attempts to, we believe, restrain trade.

We’ve detailed extensively why we believe this organization to be unscrupulous in our three-part blog series we’ve referenced (and linked to) above but here’s a quick overview in two (long) paragraphs or less: (1) the IECA has historically bent its own standards, presumably in the interest of its bottom line. As an example, the IECA doesn’t allow its members to list statistics such as, “93% of our students have been admitted…” But, as we have evidence to document, Bev was ‘grandfathered in’ years ago when she justly refused to remove our true statistics from Ivy Coach’s website. We believe it was because the IECA was in need of membership dues at the time; (2) years later, the IECA tried to tell Bev what we could or couldn’t charge, deeming our fees to be unreasonable. But what is “reasonable” to some is sheer opinion. After all, this is the United States of America. We can charge what we so wish in our free society;

(3) one of the “Principles of Good Practice” of IECA is: “Members will not make disparaging public remarks about any school, college, program, or other IEC [independent educational consultant], either verbally or in their print or electronic communications.” We have in our possession an electronic communication (an email) that Mr. Sklarow, the CEO of the IECA, sent to an independent educational consultant disparaging another independent educational consultant, our own Bev Taylor. And this was not the first time Mark Sklarow disparaged Bev in print or electronic communications. In 2011, while Bev was a member of IECA, Mark Sklarow criticized the name of her company, Ivy Coach, as seen here. The hypocrisy — and chutzpah — of this man to take Bev’s membership dues and disparage her in the organization’s online materials. Shame on him for violating on multiple occasions the very “Principles of Good Practice” of the organization he is charged with leading!

We hereby call for the immediate resignation of the CEO of the Independent Educational Consultants Association, Mark Sklarow.

But in recent weeks, our conviction that membership in this organization isn’t worth the paper it’s written on has grown only stronger. Regular readers of our college admissions blog may remember when Jeannie Borin, an independent educational consultant, plagiarized verbatim an entire article of our Founder’s and published it on “The Huffington Post,” claiming it as her own (“The Huffington Post” has of course since removed it). We brought Ms. Borin’s blatant plagiarism to the attention of Mark Sklarow of the IECA over a month ago. And today, Ms. Borin is still listed among IECA’s membership despite the fact that we’ve brought this blatant plagiarism to Mark Sklarow’s attention. And so we pose this question to our readers: What does it say about the IECA that it would have someone who has committed a blatant example of plagiarism in its ranks? This is someone the IECA wants working with students on their college applications?

Inspired by Elizabeth Warren’s interrogation of the Wells Fargo CEO, we hereby call for the immediate resignation of the Chief Executive Officer of the Independent Educational Consultants Association, Mark Sklarow.