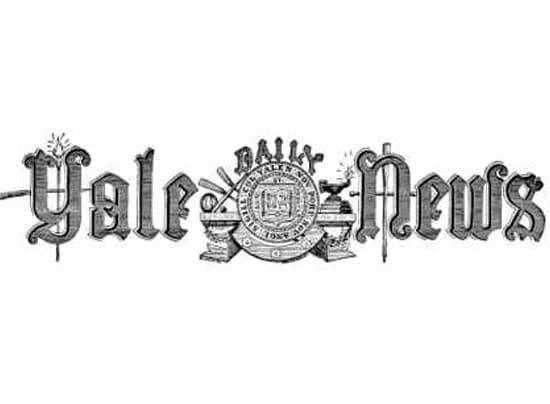 We came across an outstanding letter to the editor in response to a misinformed editorial in “The Yale Daily News.” The letter was written by Yale’s baseball coach.

There was an editorial yesterday in “The Yale Daily News” that is generating a bit of buzz. The piece was written by Cole Aronson and it’s entitled “Admissions and Athletics.” Aronson begins the piece with a headline grabber: “Yale should stop recruiting athletes. Nothing against sports — except that sports have nothing to do with the mission of a college as I see it.” We couldn’t help but read on. But much to our chagrin, Mr. Aronson’s opinions were not grounded in fact. Rather, his opinions seemed to be grounded in — we suspect — his own mediocrity at athletics.

Aronson essentially makes the point that athletics teach values but these values can be learned in any academic pursuit, like poetry. He argues that star basketball players can barely speak English on “ESPN” (which is, of course, a racist dog whistle) and that Yale is doing itself a great disservice by recruiting athletes. We did happen to gag a few times while reading the piece and while initially we suspected it was because of a man’s super strong cologne to our left, we realized the cause was likelier Mr. Aronson’s arrogant piece in which he essentially argues that sports don’t require brains. Has he ever played a team sport where strategy and analytics can be key components, like basketball or water polo? Has he ever competed in an individual sport where shaving off time can come down to a mastery of physics and nutrition, like swimming and running? If he did, he clearly didn’t play these sports very well.

We salute Yale baseball coach John Stuper for his excellent critique of a student’s misguided editorial on Yale athletes.

But rather than ridicule Mr. Aronson’s editorial, let’s leave that for the Yale head baseball coach, John Stuper. In a letter to the editor that appears on the pages of today’s “Yale Daily News,” Stuper writes, “As a former English teacher, I found Cole Aronson’s ’18 op-ed poorly written with absolutely no facts to support his assertions. I taught English at a community college; his article would have earned a C- in a composition class. I am tired of our athletes being labeled this way. Aronson cites ESPN, alluding to poor grammar from a star center. What does that have to do with athletes at Yale?”

Stuper goes on, “Aronson also has no idea how Yale admissions works. A committee reviews each application and decides if a student-athlete would not only survive but thrive. In 24 years, I have had three young men not get their degrees. One of them was drafted after his junior year and is currently in professional baseball. Seven junior draftees have returned and finished their degrees. Admissions looks at athletes with the same discerning eye as other applicants. It doesn’t matter if I tell them a recruit is the next Derek Jeter; he will not gain admission unless they are convinced he belongs here. In no other area of life — other than the military — are leaders groomed more than in athletics. I have spoken to many employers who have chosen college athletes on the basis that they were part of a team. All who criticize athletic recruitment should take 20 hours out of their week and devote it to something other than academics. Become a runner. Swim laps. Shoot baskets for 20 hours. The activity isn’t important. See what that does to your GPA. I think it will give students a deeper appreciation for the world of the Yale athlete.”

Amen, John Stuper. We couldn’t have said it any better ourselves and we salute all of your hard work in shaping the great minds — and leaders — of tomorrow.