The Upset of Upsets and College Admissions 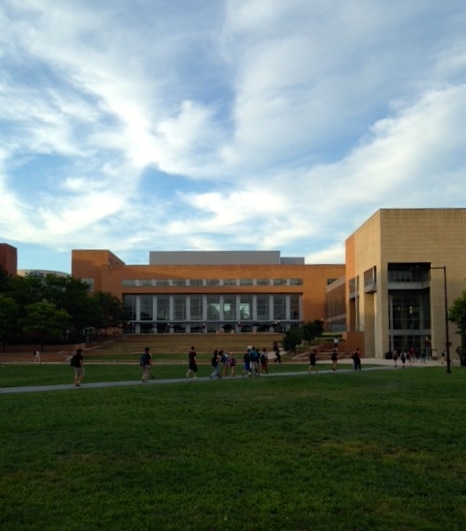 In one of the great upsets in the history of sports and in the greatest upset in the history of the NCAA Tournament, #16 seed University of Maryland, Baltimore County defeated #1 ranked University of Virginia this past weekend. And UMBC did so in fashion — by a margin of 20 points. In the history of the NCAA Tournament, no #16 seed had ever before beaten a #1 seed. UVA also wasn’t just any #1 seed — the Cavaliers were the overall #1 ranked team in the nation, led by its clamp down defense. To understand the magnitude of the upset, in 135 previous matchups between #1 seeds and #16 seeds in the NCAA Tournament since the field was expanded to 64 in 1985, #16 seeds held a record of 0-135. But UMBC paid no mind to history and, in so doing, joined the ranks of the 1980 United States men’s hockey team and Doug Flutie’s 1984 Boston College Eagles as underdogs of the ages.

The Flutie Effect and UMBC Admissions

Regular readers of our college admissions blog may remember when we detailed the effect that George Mason’s historic, do-you-believe-in-miracles run to the 2006 Final Four had on the school’s application numbers and so much more off the hardwood. We’ve also detailed over the years how aspiring Duke students should be rooting against Coach K and the Blue Devils the March before they apply for admission — because generally the further Duke advances, the more applications the university receives the subsequent Early Decision and Regular Decision cycles. There is, without question, a direct correlation between a school’s March Madness run and its proverbial run in admissions the subsequent year.

In fact, there’s an outstanding piece out in “Sports Illustrated” by Michael McCann entitled “The Flutie Effect: How UMBC Can Benefit From a Historic NCAA Tournament Upset” that gives UMBC admissions officials an idea of what they can expect. As McCann writes, “Historically, the institutional benefit to a college when one of its sports teams wins an upset in a high-profile game has been labeled ‘The Flutie Effect.’ It is named after former Boston College quarterback Doug Flutie, who in 1984 threw a Hail Mary pass to wide receiver Gerard Phelan as time expired to lift the Eagles to a 47–45 upset of defending national champion Miami on national TV, with famed broadcaster Brent Musburger calling the game at the Orange Bowl. Suddenly, a prestigious Catholic college became far more well-known among people outside New England. Put bluntly, BC became a lot more cool. In the aftermath, applications to Boston College increased by about 30% for two years. Alumni engagement and apparel sales also improved. While there are obviously many non-sports reasons for Boston College’s success over the years, the school is now ranked by U.S. News and World Report as the 32nd-best national university in the United States.”

McCann continues, “The Flutie Effect could alternatively be called The Ewing Effect (as opposed to The Ewing Theory). Between 1983 and ’86, applications to Georgetown University increased by 45%. The dominance of the men’s basketball team during this time period is regarded as a key factor. Patrick Ewing leading the Hoyas a national title in 1984 highlighted what is known as the golden age of Hoya hoops. The institutional benefits would last for decades: Georgetown has become extremely selective in admissions and is now ranked by U.S. World and Report as the 20th-best national university in the U.S. There are, of course, many other factors for Georgetown becoming as selective as an Ivy League school. Still, the popularity of the Hoyas gave the institution new attention and a powerful recruiting tool with high school students.”

Remember Butler University’s two straight runs to the NCAA Tournament’s National Championship Game under now Celtics coach Brad Stevens? Applications skyrocketed 43% after the school’s first trip to the Finals. So UMBC, oh yes, you can expect more applications next year because while folks may not have known what UMBC stood for just last week, the world knows what UMBC stands for now. U Must Be Cinderella.