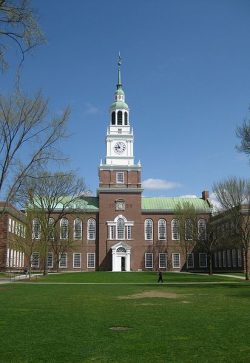 There are many folks who would suggest that while highly selective colleges, including the Ivy League colleges, profess to be all about diversity and inclusion, the athletic teams at these institutions very much belie this purported mission. We do not disagree with these folks. The fact is that the vast majority of athletes at Ivy League schools do tend to be Caucasian. And while we’re sure we’ll attract some criticism for this next comment, we’ll say it anyway: Think about it. In diverse communities, the very communities from which these schools attract minority and socio-economically disadvantaged applicants, are there crew teams? Swimming and diving teams? Squash, ice hockey, lacrosse, sailing, tennis, golf, water polo, field hockey, etc. You get the idea.

Criticize us all you’d like. You know darn well we’re on point here. The fact is that when you work at McDonald’s to help your family pay their rent, you likely don’t have time to play a round of golf in between swim practices. And highly selective colleges, including the Ivy League colleges, love to attract students who work to help their families get by. These are applicants with extremely compelling stories, the kind of students admissions officers covet. They just tend not to be — with some exceptions — among the batch of athletic recruits, which account for a sizable portion of the incoming classes at these institutions.

What do you think about this data? Do you believe Ivy League athletic teams could be more diverse? Do you believe the fact that these teams get spots each year in the admissions pool limits the true diversity of Ivy League schools? We’re eager to hear from our readers so post a Comment below and we’ll be sure to write back!