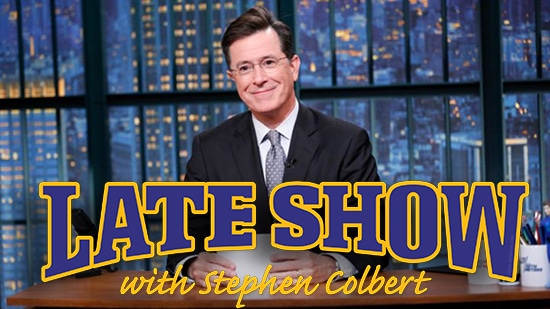 Dartmouth College was well represented on “The Late Show with Stephen Colbert.”

For regular readers of our blog, you know about Dartmouth’s robotic MVP (mobile virtual player). Head Dartmouth football coach Buddy Teevens approached Dartmouth’s Thayer School of Engineering some years ago hoping to develop a prototype for robots that could be used as tackling dummies. Concussive head injuries are one of the sport of football’s biggest problems. And so many of these head injuries occur in practice. But Dartmouth football doesn’t have this problem and that’s because Coach Teevens doesn’t allow his players to tackle each other in practice. Instead, they tackle the now very much developed MVPs.

Coach Teevens and one of his former players (who happened to develop this game-changing robot) recently appeared on “The Late Show with Stephen Colbert” to showcase the MVP to the world. If you haven’t seen the segment, you should check it out below. How awesome is it? And for those who don’t follow Ivy League football, Dartmouth has a proud, winning tradition in the sport. This year, the team is in the hunt for the Ivy League crown. The team currently sits at 3-0, having blown out the likes of Georgetown, Sacred Heart, and the University of Pennsylvania.

Billy Beane changed the game of baseball with data-driven analytics. Dartmouth College’s Buddy Teevens is changing the game of football. Likely forever. Congratulations to Coach Teevens and Dartmouth College for their pioneering, extraordinary work. This is a true game-changer.