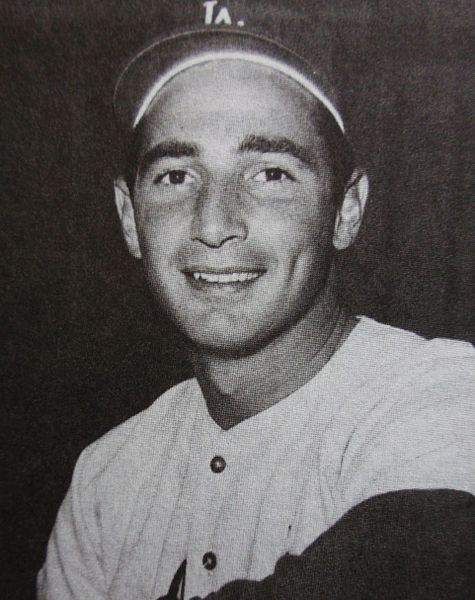 Brad Ausmus, a Dartmouth grad and former star MLB catcher, has been named the new Manager of the Detroit Tigers. Ausmus is also notable for being a Jewish athlete who declined to play a MLB game because it fell on Yom Kippur. Our Founder, Bev’s cousin Sandy Koufax (pictured), is well known for having taken this stance in a game of the World Series many years ago.

It’s always nice to see an Ivy League athlete succeeding on the professional level. For many years (18 in fact), Brad Ausmus, a Dartmouth grad, did just that as a catcher in Major League Baseball. Today, he was named the new Manager of the Detroit Tigers, a team with a lot of promise to win next year’s World Series. Drafted in the 1987 MLB Draft by the New York Yankees, Ausmus alternated attending Dartmouth with his minor league career. As such, he did not play baseball for the Big Green, though he did spend quite a bit of time around the baseball players at Dartmouth. Over the course of his career, Ausmus earned three Gold Glove Awards and he made the All-Star Team in 1999.

Ausmus, who majored in government at Dartmouth and never earned a grade lower than a ‘B,’ became the first Ivy League grad in 2005 to play in a game of the World Series since another Dartmouth grad did it in 1916. It’s more than rare for an Ivy Leaguer to play in Major League Baseball. Frankly, it’s rare for college graduates to play in Major League Baseball as a 2009 survey found that only 26 players and managers at the time were grads of four year schools. Does that surprise you in any way?

Anyhow, we want to salute Brad Ausmus for this great new job. He may not have managerial experience but he’s a Dartmouth grad, he had a very successful playing career, and…he is a very proud Jewish athlete. That’s right, Brad Ausmus, who has also been previously designated by “OutSports” as the ‘best looking athlete in sports’ is also Jewish. He takes great pride when Jewish boys come up to him and let him know that he inspires them not only for being a great baseball player but for being a great Jewish baseball player.

It should also be noted that Ausmus even sat out a game because it fell on the holiest day of the Jewish calendar – Yom Kippur. As you may know, our Founder Bev’s cousin, Sandy Koufax, widely regarded as the greatest pitcher in the history of the game of baseball, was well respected for taking this stand many years ago in a game of the World Series.