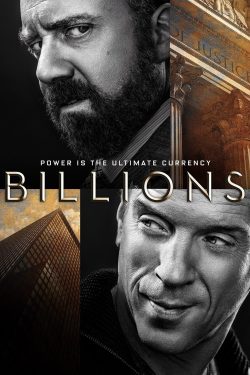 If you don’t watch “Billions” on Showtime, you’re missing out. It’s rare when a lead actor in a television series picks two hits in a row but that’s precisely what happened with Damian Lewis. After he was written off “Homeland,” he secured the role of billionaire Bobby Axelrod in the Showtime hit series. But why do we write about this series on our college admissions blog? Well, in one of the first few episodes of the series (hey, we were a bit behind!), the wife of an employee of Axelrod’s, a man who died on 9/11, was thinking that her son would be a sure bet at Stanford.

After all, the boy’s father went to Stanford and so too did his grandfather. And his father did perish in the World Trade Center. But as the admissions officer tells the mother by phone (because what admissions officers don’t call the parents of students who don’t get in), it was just a very competitive class this year. As a point of information, when the children of important legacies and donors don’t get in, those phone calls are usually conducted with development officers of universities or deans of admission — rarely lower ranking admissions officers. After all, the schools do hope to preserve the relationship with the family, one they know is now surely in jeopardy.

Anyhow, the plot thickens on “Billions” when the 9/11 widow confronts Axelrod’s wife, Lara, who was upset the widow was intending to publish a novel that didn’t speak very highly of Axe. But she didn’t just go to Lara empty handed. She came with a revised manuscript for the book awaiting publication, one that portrayed Axe much more favorably. Lara, already prepared for her arrival with a non-disclosure agreement, promptly informs her that a mistake was made in the admissions process, that she believed her son would soon be granted admission to Stanford.

And while this kind of story is a bit dramatic, if our readers think that, say, Melinda Gates doesn’t have a list of students she wants admitted to Duke each and every year, then they’re surely mistaken. These sorts of things do happen. These lists do certainly exist.

While you’re here, read our recent blog on major donors and college admission.