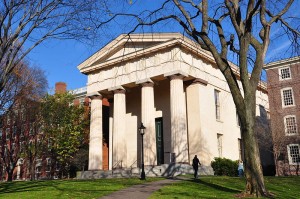 A few days ago, we posted about the Brown University administration’s decision to eliminate the fencing, wrestling, and women’s ski teams. We told the story of how the Dartmouth men’s and women’s swimming and diving program was cut back in 2002 and how an entire college came to its rescue. We believe that in order for the Brown University athletes on these eliminated teams to have a chance at reinstatement, they will have to fight as passionately and as creatively as the Dartmouth College students, parents, and alumni did several years ago. Who will stand up for Brown University athletics? Will it just be the athletes whose teams were eliminated? Or will other students come to their support?

According to the “Brown Daily Herald,” “About 75 students gathered on the Main Green Monday afternoon to protest the Athletics Review Committee’s recommendations to cut four varsity teams, and some protestors continued to express dismay over the proposal to President Ruth Simmons during her open hours later in the day. Most of the protesters were members of the wrestling team, women’s ski team and men’s and women’s fencing teams, which could lose all support from the University if Simmons and the Corporation accept the committee’s suggestions for the 2011-12 academic year. Though it is a club program, the men’s ski team, which is also facing the possibility of being cut, was represented at the rally as well.”