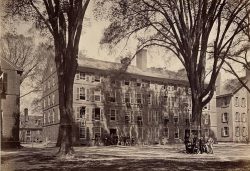 Yale has notified Regular Decision applicants of their decisions.

Yale University has released its admissions notifications for the Class of 2022. In all, 35,306 students applied for admission to Yale this year. Of these students, 2,229 earned admission. As our regular readers may remember, Yale had a banner Early Action cycle when a record 5,733 students submitted SCEA applications to the university. 842 students were admitted in the Early Action round, marking an Early Action admit rate of 14.7%. The overall admit rate stands at 6.3% (this compares to a 6.9% overall admit rate for the university last year — for the Class of 2021). And just like with the Yale Class of 2021, Yale’s Class of 2022 is expected to be about 15% bigger than other recent incoming classes, reflective of Yale’s expansion.

Breakdown of the Yale Class of 2022 Admits

As stated in the “Yale News” press release about the Yale Class of 2022, “Students admitted to the Yale College Class of 2022 represent all 50 states, Washington D.C., Puerto Rico, and 64 countries, and will graduate from nearly 1,500 secondary schools around the world. They expressed interest in majoring in more than 80 of Yale’s academic programs. Over the past several years, the proportion of applicants, admitted students, and incoming first-years who identify as a member of a minority group and/or first in their family to attend college has steadily increased, and this year is no exception. Yale admits undergraduates without regard to their ability to pay and extends need-based financial aid to all admitted students who qualify.”

As our regular readers may remember, Yale offered admission to students from all 50 states and from around 1,500 secondary schools last year, too. But last year the school was able to admit students from 68 countries as opposed to 64 countries this year. Come on, Yale! What happened? We kid, we kid. Congratulations to all students who earned admission to Yale University this Regular Decision cycle!