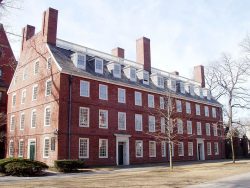 The practice of Affirmative Action is not the cause for Asian American discrimination in admissions (photo credit: Daderot).

Affirmative Action Not the Cause for Asian American Discrimination in Admissions

As Daniel Golden writes in his piece, “Asian Americans are indeed treated unfairly in admissions, but affirmative action is a convenient scapegoat for those who seek to pit minority groups against each other. A more logical target would be “the preferences of privilege,” as I called them in my 2006 book, ‘The Price of Admission.’ These policies elevate predominantly white, affluent applicants: children of alumni, big non-alumni donors, politicians and celebrities, as well as recruited athletes in upper-crust sports like golf, sailing, horseback riding, crew and even, at some colleges, polo. The number of whites enjoying the preferences of privilege, I concluded, outweighed the number of minorities aided by affirmative action. By giving more slots to already advantaged students, these preferences displace more deserving candidates from other backgrounds, including Asian Americans and middle-class whites, without achieving the goals of affirmative action, such as diversity and redressing historical discrimination.” Well said, Mr. Golden. Well said.

A Case Example of Privilege in Admissions

Some of our readers may remember when we discussed Mr. Golden’s book, “The Price of Admission,” published in 2006. Interestingly, one of the case examples in his book demonstrating the power of privilege in college admissions was that of real estate scion Jared Kushner — who at the time was not a household name but now that he’s in charge of American innovation, peace in the Middle East, and more, he’s become kind of a big deal. It was Mr. Golden’s book that shared the story of how Mr. Kushner’s father donated $2.5 million to Harvard University and Mr. Kushner subsequently earned admission. A teacher at Mr. Kushner’s school did not believe him deserving of admission, particularly stacked up against other classmates. As the teacher said, as quoted by Mr. Golden, “There was no way anybody in the administrative office of the school thought he would on the merits get into Harvard. His GPA did not warrant it, his SAT scores did not warrant it. We thought for sure, there was no way this was going to happen. Then, lo and behold, Jared was accepted. It was a little bit disappointing because there were at the time other kids we thought should really get in on the merits, and they did not.”

So perhaps instead of trying to mount a legal challenge against a practice that fosters equal opportunity, a practice that helps low-income African American, Latino, Native American applicants (and more) earn admission to some of our nation’s most elite universities, the United States Justice Department would be better served to target examples like that of Jared Kushner. After all, when folks make substantial tax-deductible donations to universities, they’re not supposed to receive anything in return. But these folks are receiving something in return — their children are offered preferential treatment in admissions. It’s just too bad that the very Justice Department mounting this legal challenge to Affirmative Action, the very Justice Department that turns a blind eye to the return folks get for making tax-deductible donations is under the leadership of a man Mr. Kushner likely had a hand in appointing. Irony indeed.

But what do our readers think of Affirmative Action as the cause for Asian American discrimination in admissions? Or do our readers believe that white privilege and Asian American discrimination in admissions go hand in hand? You know where we stand. Tell us where you stand by posting a Comment below. We look forward to hearing from you.