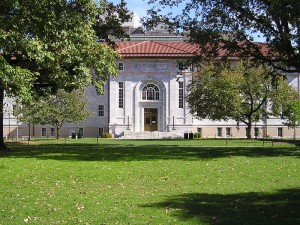 And yet parents still boast to us about their well-rounded children. And you can imagine that if this is how a parent is depicting a student, this is likely not so dissimilar from how the student will later depict him or herself on college applications. The truth is that being well-rounded sure can be important in life. It can be really nice to bust out some Beethoven on the piano at a dinner party (who does that?). It can be nice to catch a football on a crowded beach. But that which is important in life isn’t necessarily important in highly selective college admissions.

In Malcolm Gladwell’s book “Outliers: The Story of Success,” the ubiquitous author writes, “Ten thousand hours is the magic number of greatness…you need to have practiced, to have apprenticed, for 10,000 hours before you get good.” Gladwell is absolutely right on. It was true for Bill Gates with programming. It was true for Steph Curry of the Golden State Warriors with his three-point shot (Steve Nash even recently termed Curry “the greatest shooter in NBA history”). Don’t be ordinary at lots of things. Be extraordinary at one thing. Ordinary’s boring. Extraordinary’s anything but boring. Highly selective colleges don’t want boring. They want extraordinary. Understood? We hope so.