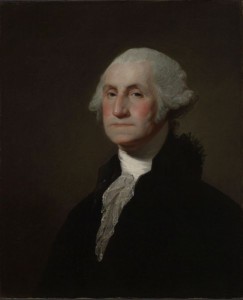 What would George Washington have to say about the practices of the Washington & Lee admissions office?

A couple of days ago, we wrote about an article that appeared in “The Washington Post” in which Washington and Lee University is called out by writer Nick Anderson for manipulating their admissions data by counting incomplete applications. In this way, the school would naturally have a lower selectivity figure. To help you further understand, if 5,000,000 students applied to Hofstra and they admitted 1,000 applicants, Hofstra would be more selective than Harvard. In college admissions, quantity counts for something and that’s why many highly selective schools recruit students who they have no intention whatsoever of ever admitting.

As he so states, “There is no universally recognized rule for the definition of ‘applicant.’ There is a federal definition with built-in wiggle room, there is a very similar guideline for reporting to market analysts, there are interpretations — but no hard-and-fast rules. That means college-bound students cannot really know whether one school’s admission rate is comparable with another’s.” In other words, some schools count incomplete applications as applicants, while others don’t. Washington & Lee surely isn’t alone in counting incomplete applications.

Should there be a standard by which all colleges must follow in the future? Let us know your thoughts on the subject by posting below.