Value of the Liberal Arts 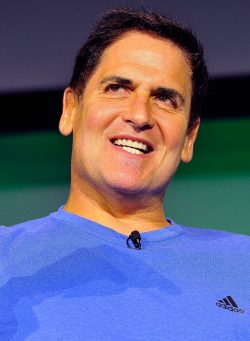 As reports Renee Morad for “Forbes” in a piece entitled “Why Mark Cuban Believes Liberal Arts Is The Future Of Jobs,” “Dallas Mavericks owner Mark Cuban shared a bold prediction about the future of jobs: that within the next decade, as automation becomes the norm, free thinkers who excel in liberal arts will be in high-demand. Cuban believes that the amount of change we’ll see for jobs in the next five or 10 years will dwarf what we’ve observed in the past 30 years, and that as artificial intelligence and machine learning takes center stage, there will be a greater need for expertise in subjects such as English, philosophy and foreign languages. According to his forecast, some of today’s most in-demand skills, such as writing software, will eventually be taken over by automation and skills like communication and critical thinking will become more important. Cuban said he believes ‘the nature of jobs is changing.’ He explained: ‘What looks like a great job graduating from college today might not be a great job five years from now.’ His prediction comes at a time when colleges are working diligently to help liberal arts majors secure jobs.”

Ivy Coach salutes the outspoken entrepreneur and “Shark Tank” star for going against the grain to champion the liberal arts, for daring to tell it like it is. For a man who values software developers and tech entrepreneurs as much as Mark Cuban does, it’s refreshing to hear his respect for the value of the liberal arts. Way to go, Mark Cuban!