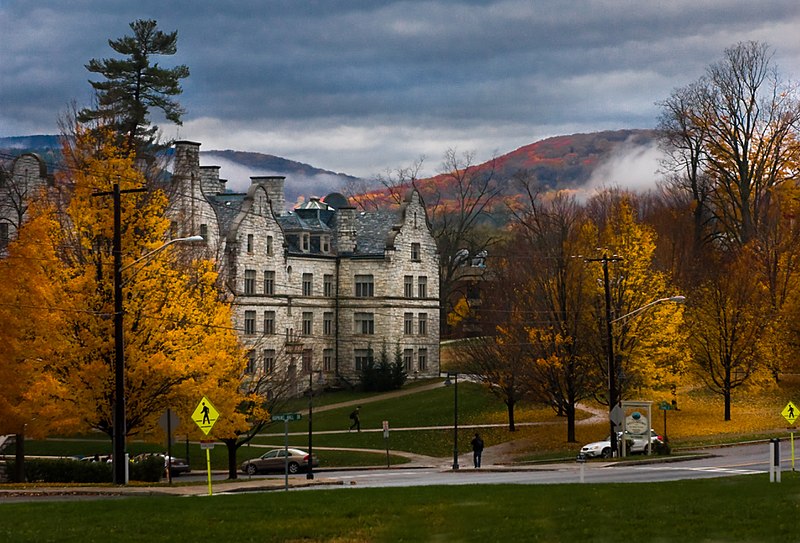 The 2012 “US News & World Report” liberal arts college ranking is out. Which college has placed first? Cue the drums. The answer is Williams College. Placing second is Amherst College. The fact that these schools claimed the top slots is truly shocking. And this is every bit sarcastic. Placing third is Swarthmore College with Middlebury College and Pomona College in a tie for fourth. Bowdoin College and Wellesley College placed sixth, while Carleton College placed eighth. Rounding out the top ten are Haverford College in ninth and Claremont McKenna College as well as Vassar College in a tie for tenth.

Remember the Claremont McKenna College admissions scandal earlier this year? Guess it didn’t have much impact on the “US News & World Report” rankings of liberal arts colleges as the school placed eleventh last year. So in spite of a major admissions scandal, they earned a higher spot in this year’s rankings. Interesting, eh? Following CMC and Vassar are Davidson College and Harvey Mudd College in a tie for twelfth. The U.S. Naval Academy and Washington and Lee University tied for fourteenth, while Hamilton College placed sixteenth. Wesleyan University placed seventeenth, Colby College, Colgate University, Smith College, and the U.S. Military Academcy eighteenth, Bates College, and Grinnell College finished twenty-second. And Macalester College and Scripps College tied for twenty-fourth to finish out the top twenty-five.

Do you think Claremont McKenna College should have been penalized for their admissions scandal? Do you think they shouldn’t have risen in the rankings this year? We’re curious to hear your thoughts so share your opinions below! And let us know what you think of the “US News & World Report” liberal arts college rankings. Do you think rankings are important? At Ivy Coach, we do think they’re important. But not everyone agrees. See what Malcolm Gladwell says about college rankings.