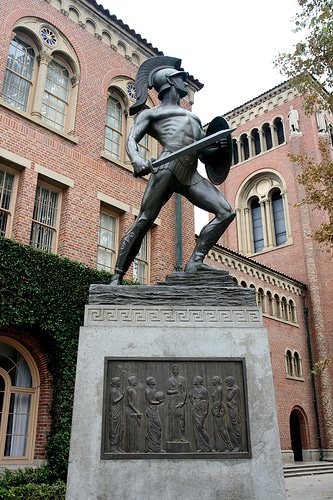 USC is in the news right now — for not the right reasons (photo credit: Bestweekevr).

The University of Southern California is in the news of late and it’s not the kind of news the university would prefer to be making. No, it has nothing to do with the impending release of alumnus O.J. Simpson. We saw where you were going with that. Rather, USC’s dean of its medical school, a world-class ophthalmologist by the name of Dr. Carmen A. Puliafito, was involved with methamphetamines. Puliafito, who prior to his exit from USC had served as dean of USC’s medical school for a decade — boosting its national ranking and raising hundreds of millions of dollars for the school — is bringing quite a bit of unwanted attention to the Pasadena, California-based university.

As reports Adam Nagourney and Jennifer Medina for “The New York Times” in a piece entitled “At a Moment of Success, U.S.C. Is Rocked by Scandal,” “Now the university is under intense scrutiny over the circumstances of Dr. Puliafito’s exit from the school’s leadership and whether the administration deliberately turned a blind eye to problems with a prodigious fund-raiser. The unwanted attention is rippling beyond the campus to Pasadena, a suburb with long and deep ties to U.S.C. When a police officer responded to a call at a Pasadena hotel where a woman had apparently overdosed in front of Dr. Puliafito, the officer found methamphetamines in the room, but he did not file a report for months. There were no criminal charges. The Pasadena city manager said last week that the episode ‘reflected poorly’ on the city and police department.”

Do our readers think this scandal will have an enduring impact on the University of Southern California? Will it hurt the school’s reputation? Will it be similar to past scandals involving the university’s football team? Let us know your thoughts by posting a Comment below. We look forward to hearing from you.