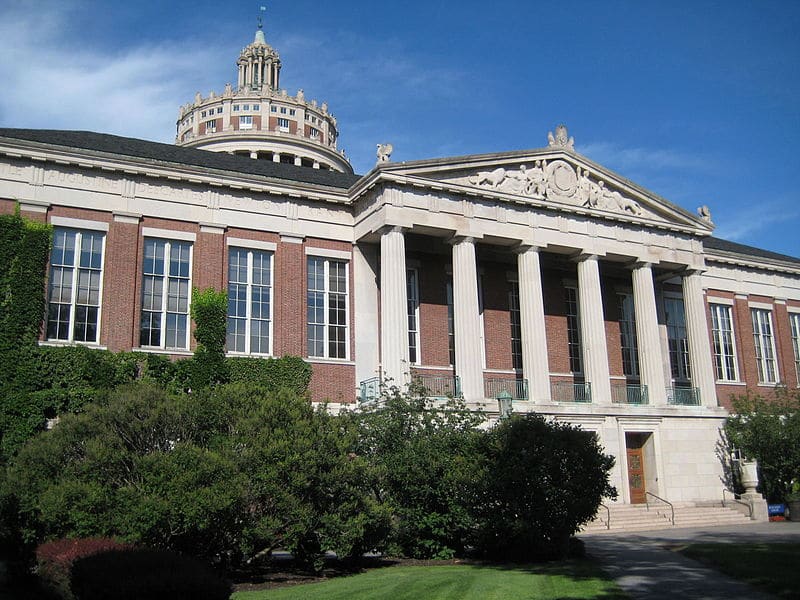 The University of Rochester finds itself facing a public relations mess.

The University of Rochester is facing a public relations nightmare as professors from around the world have publicly dissuaded students from attending and professors from teaching at the institution. It’s an enormous public relations nightmare, the likes of which the university has never in its history faced and, in this watershed moment in America, it all stems from allegations that the university has essentially turned a blind eye to sexual harassment. While much attention has been paid over the last few months to sexual harassers like Harvey Weinstein, Kevin Spacey, Charlie Rose, and others, we would argue that little attention has been paid to the human resources departments and institutions charged with protecting folks from having to endure sexual harassment. In the realm of higher education, that was until now.

As Colleen Flaherty writes in a piece entitled “Blacklisting an Institution” for “Inside Higher Ed,” “In an unusually direct public pressure campaign against sexual harassment, hundreds of faculty members from brain and cognitive sciences and other programs in the U.S. and abroad say they can’t advise students to study or seek employment at the University of Rochester. They cite allegations from current and past professors and students at Rochester that the administration cleared a chronic harasser on the faculty of wrongdoing while retaliating against those who reported him. ‘In the present circumstances, we cannot in good conscience encourage our students to pursue educational or employment opportunities’ at Rochester, reads a new open letter to the institution’s Board of Trustees. Rochester ‘has abrogated its ultimate responsibility to protect and advance the interests of its most important constituency — its students — by supporting the predator and intimidating the victims and advocates in this case. We strenuously object to the [university’s] treatment of our respected colleagues.'”

Flaherty reports that in fact eight former and current University of Rochester brain and cognitive sciences professors and graduate students filed a complaint with the U.S. Equal Opportunity Employment Commission last summer. These folks allege that the issues in the department began with the hiring of a man who is now an associate professor in the department, a man they allege has committed egregiously inappropriate behavior that Flaherty extensively details in her piece. These same folks assert that the university only chose to act when their complaint filed with the U.S. Equal Opportunity Employment Commission became public. Surprise, surprise.

Impact of University of Rochester’s Scandal on Admissions

It likely doesn’t surprise our readers that our famously accurate crystal ball at Ivy Coach predicts a decline in applications to the University of Rochester this year. News of this scandal at the university entered the public discourse subsequent to the Early Decision application deadline of November 1st. So while the brewing scandal may not have impacted the Early pool of applicants to the university, we anticipate a discernible, significant negative impact on the university’s admissions statistics in the Regular Decision round for this year’s Class of 2022.

What do our readers think? Were you a student who was interested in applying to the University of Rochester but are now reconsidering? Has this scandal had no impact on your interest in applying? Let us know where you stand on the issue by posting a Comment below.