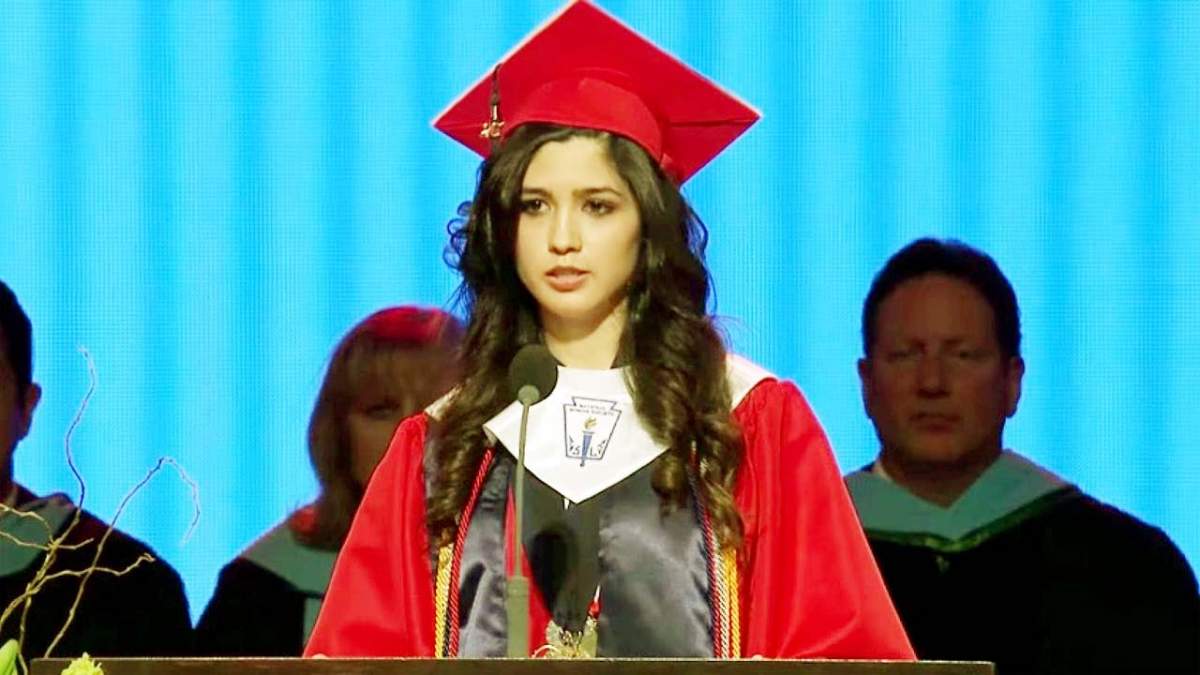 Larissa Martinez, we’ve got your back.

Our posts in support of Larissa Martinez, a brave young woman who happens to be an undocumented American admitted to Yale University, have engendered quite a war of words. We figured we’d share this war of words with our readers so that they too can weigh in. So we are clear, we believe that highly selective colleges should absolutely admit deserving and qualified college applicants who happen to be undocumented. Why shouldn’t they? They admit students from all over the world — from countries across many continents. Why shouldn’t they admit students who happen to live in America just because they aren’t documented?

Susie Q., you may be a Daughter of the American Revolution. But you’re also a racist.

We shall first share an opinion voiced by “Susie Q.” She wrote in and shared, “I was also offended by your comments. My daughter has a 36 ACT score, 4.0 GPA with 11 AP courses, three Varsity letters, outstanding public service and leadership, and is renowned for starting a financial literacy program in large metropolitan area DID not gain admission to Yale. She did, however, get accepted to two Ivy League colleges, as well as other top-ranked schools. Our ancestors came to this country legally and have spent the past 400 years (yes, that is correct) building this great nation and contributing to its success. Do you really think it is fair that an illegal alien was given admission preference over my daughter? Think about the message that sends to my daughter and other top-performing students.”

We couldn’t let that particular comment go without a reply so we wrote back, “Susie Q, we sure do believe that this young woman whom you refer to as an illegal alien (her name is Larissa Martinez) deserved admission to Yale. And, by the way, the profile of your daughter that you presented in your comment suggests that she was a very well-rounded applicant. Yale does not want well-rounded applicants — nor does any other highly selective college so it is no surprise to us that your daughter did not earn admission. And if we offended you by believing that Larissa Martinez is deserving of admission to Yale, know that we stand firmly and unequivocally behind Larissa’s right to a Yale education. Yale is a private institution that is not just for people born in America, whose grandparents and great-grandparents were born in America, the sons and daughters of the American Revolution. Yale is for everyone — for people of all nationalities, of all faiths, of all colors, regardless of their beliefs, sexual orientation, or gender identity. As Yale — and all highly selective colleges — should be. Your comments are despicable and if the apple didn’t fall far from the tree, it’s yet another reason why your daughter didn’t get into Yale. We imagine this comment upset you. We encourage you to vent about your frustrations with the women in your Daughters of the American Revolution club. Enjoy your tea.”

Another reader then eloquently wrote in, “I wholeheartedly agree with the sentiments in the above (IvyCoach) post. Susie, while I do understand it must be frustrating to have your child get rejected from a top college, it’s important to note that hundreds, if not thousands, of students across the US have perfect ACT scores, high GPA’s, and many AP courses. Indeed, I would think admissions officers would almost grow bored reading transcripts and applications which look like this for hours upon hours, and would much rather prefer ‘interesting’ applicants to those with only perfect scores. However, another comment Susie made offends me. ‘Our ancestors came to this country legally and have spent the past 400 years (yes, that is correct) building this great nation and contributing to its success. Do you really think it is fair that an illegal alien was given admission preference over my daughter? Think about the message that sends to my daughter and other top-performing students.’ Are you actually suggesting that your daughters’ admission to a college should be determined by her ancestors hard work and not her own? In the same vein, Larissa Martinez should not be punished for her mothers’ illegally immigrating to the US (whether you agree with the immigration or not, that is irrelevant; after all, Larissa was not the one to make the decision to cross the border.) Susie, if you truly believe admissions should be based off of merit, you would recognize the hypocrisy of your words.”

Can we get an Amen?