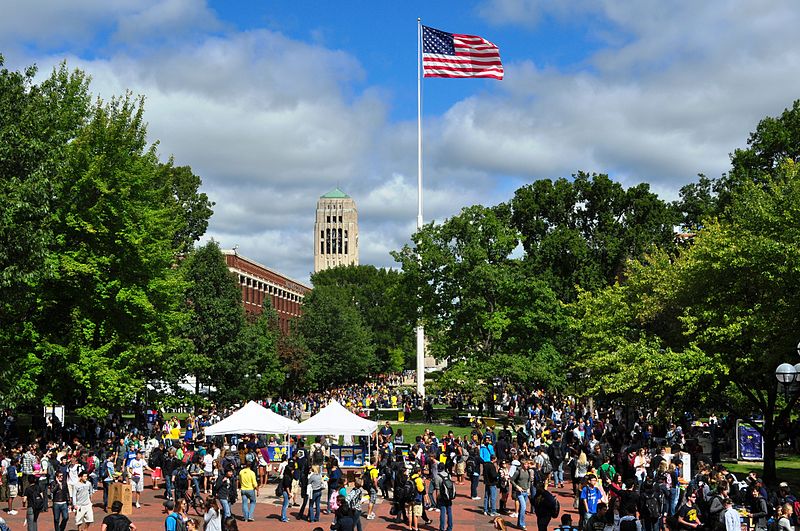 It has indeed become more difficult to earn admission to UMichigan over the last several years (photo credit: AndrewHorne).

A piece in “Michigan Daily” by Brian Kuang and Tim Cohn entitled “The Numbers Game: Changing Trends in College Admissions” paints a portrait of what’s changed in admissions data at the University of Michigan over the last several years. The piece begins with an assertion that it’s been getting noticeably tougher to earn admission to the University of Michigan in recent years. And the assertion is indeed correct. Regular readers of our college admissions blog of course know that we don’t judge the difficulty of earning admission to a university based purely on admissions statistics. After all, as we’ve long asserted, schools have been getting better and better at getting students — even unqualified ones — to apply. So more applicants and invariably lower admission rates does not, in itself, make an applicant pool more competitive.

Regular readers of our blog know that when folks say how it gets harder and harder to get into highly selective colleges each year, we not-so-secretly roll our eyes. Because the data, in itself, doesn’t tell the full story. But at the University of Michigan, you bet it’s become harder and harder to get in over the last few years. For the University of Michigan, our eyes are not rolling.

But you bet it’s become harder to get into the University of Michigan over the last several years. For many years, lots of Ivy League Early Decision and Early Action applicants — as but one example — applied to Michigan as a safety. This way, they could have Michigan in their back pockets if they didn’t end up getting into their Early Decision or Early Action school. So when they entered the Regular Decision round, they could rest assured, “At least I have Michigan.” But, we imagine, Michigan was tired of being used as a student’s safety. After all, the University of Michigan is one of — if not the — greatest public universities in America.

And it hasn’t only become more difficult for out-of-staters. Michigan has become more difficult for in-state residents too. As Kuang and Cohn write, “From 2012 to 2016, the number of in-state students in the freshman class decreased by four percent, while the number of incoming out-of-state freshmen increased by 25 percent. Simply put, as the University expands its class sizes each year, out-of-student applicants are the primary beneficiaries. Over the course of the last two admissions cycles, the number of out-of-state students who matriculated has seen an upward trend, largely at the expense of Michigan residents.”

While many schools love to be loved, Michigan in particular loves to be loved. Michigan doesn’t want to be any student’s safety — nor should it be since it’s one of the finest universities in America. And so while it has indeed become more difficult over the years to get into Michigan, our students continue to have great success — in part because they successfully show them they love them. Kind of like that “HBO” show, “Tell Me You Love Me.”