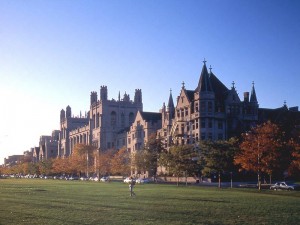 Applications are up again for Early Action at the University of Chicago this fall.

UChicago Early applications are up this year, continuing a trend at the university. Early Action applications to the University of Chicago have in fact increased each of the last five years. With 11,143 students applying via Early Action to UChicago this year, it marked an 8% increase from last year’s record applicant pool of 10,316 applicants. The official percentage increase, however, is 6.7% as, according to “The Chicago Maroon,” it’s “due to an additional 130 early applicants from last year not accounted for in the initial official numbers that were released.”

According to “The Chicago Maroon,” “The College has seen, on average, a 20-percent increase in the number of early applicants every year since 2010. According to University spokesperson Jeremy Manier, what this year’s comparatively low rate of increase signifies is unclear for now. ‘I think the expectation is that at some point you’ll see the number reach the natural level, and it’s difficult to tell whether we’re there yet,’ Manier said. Last year, early applications comprised about a third of the total pool of 30,396 applications. The overall acceptance rate was 8.8 percent.”

Additionally, the University of Chicago received more applications from Latino and African American students in this year’s Early Action pool. And it should come as no surprise that the countries outside of the United States with the highest number of applicants are China, India, Canada, and Singapore. Not exactly shocking! These countries have large contingencies at a number of highly selective colleges.

Have a question on the UChicago Early Action figures? Let us know your thoughts by posting below. We look forward to hearing from you!