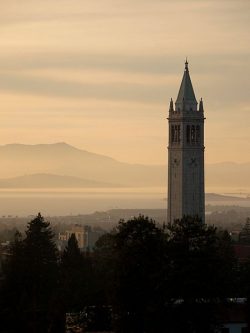 UC Berkeley has released information on its applicant pool to the Class of 2022 (photo credit: Tristan Harward).

Breakdown of the Applicant Pool for the Cal Class of 2022

As Janet Gilmore reports for “Berkeley News” in a piece entitled “More than 108,000 students seek admission to UC Berkeley for 2018-19,” “California residents continue to make up the majority of freshman applicants — more than 51,700. The campus’s national and international appeal also remains strong, with more than 20,400 U.S. residents outside of the state seeking admissions, and more than 17,000 international students applying. UC Berkeley consistently shows up among the top schools in rankings across the country and world, and is widely considered the world’s top public university. The academic strength of the freshman applicant pool remains comparable to prior years, with the 2018-19 pool showing an average weighted GPA of 4.10, 1337 SAT and 29 ACT. Among underrepresented minority applicants from California, the number of African Americans students increased by more than 200 to 3,187; Chicano-Latino students increased more than 200 to 14,171; and Native American students dropped 15 to 258.”

It’s interesting that UC Berkeley released a whole press release on the breakdown of the applicant pool. Sure, colleges typically release information on the pool of admitted students come late March and early April but a December release that breaks down the applicant pool based on residence, ethnicity, GPA, SAT / ACT score — it’s a bit unusual even if the UC schools do it year in and year out. But what do our readers think of this kind of release, one not too many highly selective schools put out with such specificity? We’re curious to hear from you! So let us know by posting a Comment below.