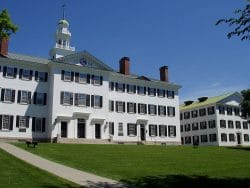 “US News & World Report” has released data on college waitlists from the 2015-2016 admissions cycle.

Waitlist data is difficult to ascertain but “US News & World Report” has come out with some 2015-2016 data on college waitlists for some universities where it was particularly hard to get out of limbo. Before our readers start writing in questioning these statistics (we know you well!), let’s reiterate that the “US News & World Report” data is from the 2015-2016 cycle. As we said, it’s difficult to aggregate this data so the numbers that do come out can often be a couple of years behind.

So, for the 2015-2016 academic year, which selective and highly selective universities waitlisted lots of students but in the end didn’t admit any of them? Look no further than Lehigh University. Lehigh University waitlisted 1,847 applicants that year. And how many of those 1,847 applicants earned admission off their waitlist? A big fat zero. That’s right. Zero. At the University of Illinois – Urbana-Champaign, 1,601 students were placed in limbo. None of them earned admission either. Stanford University waitlisted 927 students that year but also did not turn to its waitlist. Tulane University waitlisted 921 students and admitted zero from the list. University of Notre Dame placed 869 students in limbo but didn’t offer any of them a slot in the incoming class. Same goes for the California Institute of Technology. Caltech waitlisted 429 students that cycle but didn’t give a single one of these waitlisted students a chance to enroll.

Schools waitlist students as a safety net. Regardless of past data, a university never knows for sure what its yield will ultimately be. So we don’t fault schools for not turning to their waitlists. As but one example, Dartmouth had its highest yield in a quarter of a century this admissions cycle. The school could not have anticipated this news. But we do ask these schools…is it really necessary to waitlist so many students when they end up admitting zero? Maybe — just maybe — they should be waitlisting a smaller pool so as not to offer applicants any false hope. Who is with us?