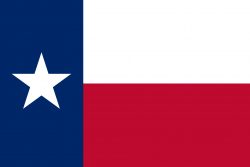 For residents of The Lone Star State, admission to any public university in Texas is guaranteed for any student who graduates in the top 10% of their high school class — with the exception of the University of Texas at Austin where the cutoff is the top 7% to be guaranteed admission. It’s dubbed Texas’ Top 10 Percent Rule and there has been some speculation that Texas’ legislative body might soon propose legislation that would alter the rule. But that’s not happening as the Republican state senator trying to spearhead a revision to this bill, Kel Seliger, doesn’t have the votes.

As Matthew Watkins reports on the Top Ten Percent Rule for “Midland-Reporter Telegram” (because who doesn’t read this fine local newspaper?), “Seliger initially proposed repealing the rule entirely. He later updated his bill to keep the rule in place, but in a more limited way. Under the latest version of his bill, each school could cap automatic admissions at 30 percent of its incoming freshman class. That would significantly impact admissions at UT-Austin, where about three-quarters of each freshman class is automatically admitted. Many suburban parents and students from competitive school districts loathe the bill because they say it makes it harder to gain admission into UT-Austin. Seliger wanted to change the rule because it represented ‘big government.’ The universities, not the state, should be in charge of setting admissions standards, he said. But Seliger couldn’t get the 19 votes needed to get the item up for consideration on the floor of the 31-member Senate.”

Interesting indeed that a Republican can’t gather the votes from “small government” fellow Republicans to curtail the state’s reach into the admissions process of the state’s public universities. We fully agree with Seliger. The admissions policies of Texas’ public universities should be left up to the admissions offices at these schools — and not legislators. Kudos to the state senator for his efforts. May he continue to try to bring about change in The Lone Star State. Nevertheless, he will persist!

What do our readers think of the Top Ten Percent Rule in Texas? Let us know by posting a Comment below.