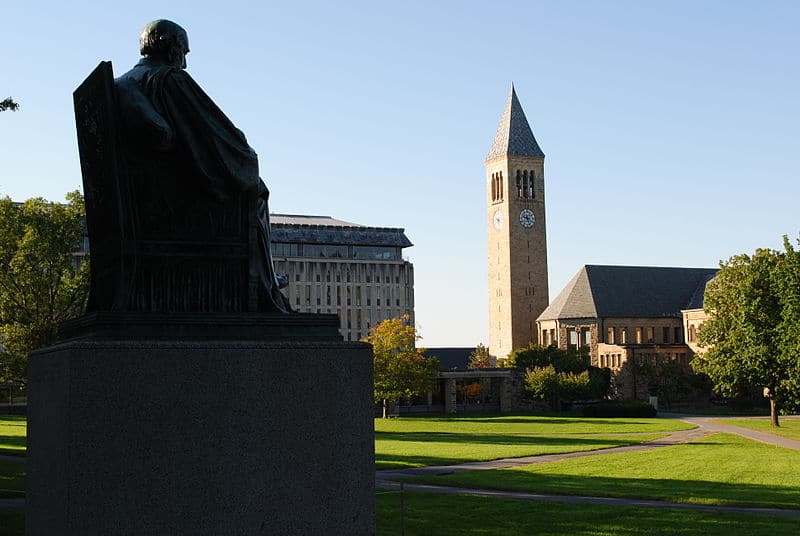 Penn asks the question. So does Cornell. Brown, Columbia, Dartmouth, and Yale do, too. The list of highly selective colleges that asks the question goes on and on. So what question is it, you ask? The verbiage may be different depending on the school but the question is the same: why do you want to go here? We call it the “Why College” essay. And to suggest that it’s one of the most important components of a student’s application to a school that asks such a question would be an understatement. So why is an applicant’s answer to the “Why College” essay vitally important?

Highly Selective Colleges Are Insecure, Seek Students Who Will Matriculate

Allow us to answer. There was a piece out recently in “The Cornell Daily Sun” by Meredith Liu and Anne Snabes entitled “A Look Inside How Cornell Accepts Its Students” in which Cornell’s interim vice provost for enrollment, Jason Locke is quoted as saying, “‘One of the things that drives us crazy is when we hear from students who [have] been admitted to another Ivy say, ‘I just don’t get it, if I’m good enough to go there, why am I not good enough to go to Cornell?'” And Locke is not alone. No, no he most certainly is not.

A few years ago, we had a student who was admitted to Princeton in the Early Action round. It was his first choice school. But against our attempts to persuade him not to apply to any schools in the Regular Decision round, he did so anyway. We essentially told him, “Why would you apply to other schools below Princeton in the Regular round when you have no intentions of going? If you want to apply to Harvard, Yale, or Stanford in the Regular round, fine. But you’re not going to go to Cornell if you get in. You would choose Princeton over Cornell. So you’re just applying to collect feathers for your cap and you’re taking away a slot from a student who actually does want to go to Cornell. We’re not helping you with these applications. You’re on your own.”

Highly Selective Colleges Are Right To Deny These Students

And he was on his own. He applied to all of the Ivies along with other highly selective schools outside the Ivy League in the Regular Decision round. And where did he go? Princeton. Maybe a bit frustrated with his results, he asked us, “How could I get into Princeton and not get into a school like Cornell?” That answer was easy. We asked him to show us his “Why Cornell” essay. Lo and behold, there were two specifics about Cornell in the entire 650-word essay; he hadn’t done his homework on the school. He failed to articulate to Cornell how he would contribute to their campus community.

And Cornell admissions officers like Jason Locke weren’t born yesterday; they know that with this student’s grades and scores (and activities and Personal Statement), he could get into a more selective school than Cornell. Cornell admissions officers, when reviewing this student’s file, likely correctly presumed he was only applying so as to collect feathers for his cap. He wasn’t going to come, which would hurt the school’s yield. Cornell will happily deny a student admission who can get into Harvard, Yale, Princeton, or Stanford if they don’t think he’ll matriculate.

Don’t try to collect feathers for your cap. Remember this feather collector? We do.