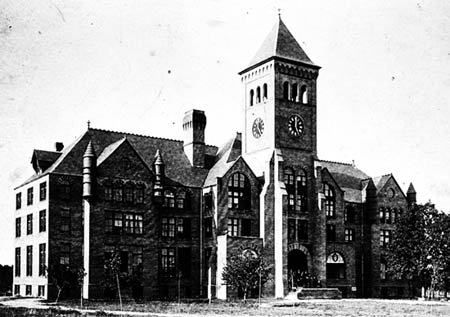 Just because a school secures more applications, it doesn’t mean that school has become more competitive.

More Applications Does Not Mean the School is More Selective

The fact is that more applications, in itself, does not signify increased competitiveness. Sure, it’ll seem like the school is more competitive. The school will undoubtedly tout the increased applications in its press release about its incoming class. The school will boast of its lower admit rate. If a school drops from a 16% admit rate to a 9% admit rate, that’s huge news for the school. They are of course going to brag about that low, single-digit rate of admission. That number, in itself, is a mark of selectivity. But do not make the mistake of confusing the marketing messaging of a school with its selectivity. That would be rather silly indeed.

Think about it. If a ‘C’ student applies to Duke, inspired by the school’s long run in March Madness, does that ‘C’ student who may not have applied to Duke had he not been drawn to watching the Blue Devils level their opponents in March Madness the year before make the applicant pool more competitive? Does the ‘C’ student make it more difficult for an ‘A’ student to get in? No, not in the least. Breathe easy, ‘A’ student. But Duke loves when that ‘C’ student applies, too. And why? Because application figures are just that — a tally of the number of students who applied to the school in a given year. This figure does not take into account the merit of an applicant. It doesn’t factor in the applicant’s SAT or ACT scores. It doesn’t factor in his grades or extracurriculars. It is simply a number.

And Duke — and every highly selective college — gets better each and every year at getting students to apply. It’s a huge task of the admissions office and the dean of admissions in particular whose job so often rides on these all-important statistics. Keep in mind that not all of these students who apply are qualified. And these universities tend to care not. After all, they’ll get plenty of students with great grades, scores, extracurriculars, etc. Peppering in a few unqualified candidates doesn’t take away from the pool of students they’ll ultimately be truly considering. Oh and there’s the added benefit of these students boosting the application figures, lowering the admission rate, and helping the school raise its all-important “US News & World Report” college ranking. Because, in the end, as our regular readers know all too well, it’s always all about the rankings.

So will colleges encourage applicants who don’t have a shot on God’s green earth of earning admission to apply? You bet they will. Will they admit it? You bet they won’t.