The Asian American Coalition for Education 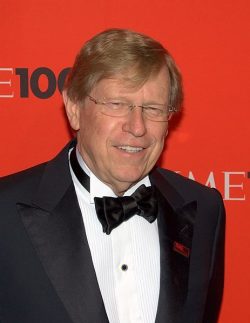 The Asian American Coalition for Education needs someone like Ted Olson in their corner (photo credit: David Shankbone).

Get it together, Asian American Coalition for Education.

Ted Olson and David Boies. These are two of the most acclaimed litigators in our nation’s history. The two were on opposing sides of the courtroom in Bush v. Gore but they teamed up to challenge the legality of California’s Proposition 8, a proposition that overturned the right of gay couples to marry in California. As the world now knows, Olson and Boies, a team of rivals, prevailed not only in California but across this land since gay marriage is now a right in all fifty American states. But in order to challenge the legality of Proposition 8, they needed plaintiffs. And since Boies and Olson are among our nation’s most elite litigators, they knew to choose loving couples who cleared background checks so as not to give their opponents any opening to pick apart their relationships or character.

But it is our opinion that the Asian American groups that are filling complaints against Ivy League colleges for discriminating against Asian Americans in their admissions policies are not following the examples of Olson and Boies. Rather, they are choosing students who are not the ideal examples to attempt to prove their point — one that we strongly believe has a basis in fact — that Asian Americans face discrimination in highly selective college admissions.

Do Asian Americans face discrimination in highly selective college admissions? We firmly believe so. But we don’t believe the complaints filed by the Asian American Coalition for Education in the hope of ending such discrimination will, in any way, advance their cause.

Look no further than a complaint filed recently with the Office of Civil Rights against Columbia University and Cornell University. As articulated in a piece about Asian American discrimination in “The Indian Express,” “Hubert Zhao, an Orlando-based Asian-American student, was unfairly rejected by the two universities, the Asian American Coalition for Education said in a letter to Catherine Lhamon, Assistant Secretary of the Office for Civil Rights (OCR), US Department of Education. ‘It is worth pointing out, in his high school of 700 graduating students, only Hubert and another Indian-American student qualified as National Merit Semifinalists,’ the letter said…’The very fact that Hubert is the son of YuKong Zhao, the president of AACE, and that Hubert was rejected by all three Ivy League schools he applied to, raises a serious concern if Hubert was evaluated unfavourably by those Ivy League schools because of his father’s courageous act of leading Asian Americans’ fight against Ivy League schools’ discrimination on college admissions,’ he said.”

Let’s unpack this for our readers. As our loyal readers know, highly selective colleges quite often deny students with perfect or near-perfect grades and perfect or near-perfect scores. And may of these students happen to be Asian American (including Indian Americans too!). But it is also well known that it’s not just about grades and scores when you apply to such elite universities. It’s a holistic admissions process. It’s about a student having an angle. It’s about a student being able to share his or her unique story.

We at Ivy Coach firmly believe that Asian Americans deserve better in Ivy League admissions and we’ve articulated as much on many occasions. But get it together, Asian American Coalition for Education. You could have a much better case if you picked the students you’re basing the complaints on more wisely. As many complaints as you may file, it seems to us you still haven’t chosen right once. It’s not about the number of complaints you file. It’s not about inundating the Office of Civil Rights with paperwork. It just might be about getting one complaint right.