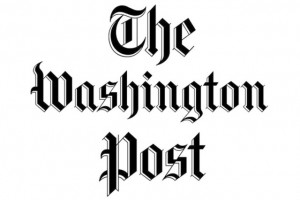 Valerie Strauss of “The Washington Post” reports that a surprise decision could soon come from the Supreme Court on the issue of Affirmative Action.

As Valerie Strauss of “The Washington Post” reports, a surprise decision could come soon from the Supreme Court on the matter of Affirmative Action. The Supreme Court, after all, will be reexamining the Abigail Fisher case (Fisher v. University of Texas at Austin). Fisher was a Caucasian applicant in 2008 to the University of Texas at Austin who claims she was denied admission, at least in part, on account of her race. But without a Supreme Court decision on the matter, it’s all speculation what the justices will decide. It is expected that swing voter Justice Anthony Kennedy, the most recent hero of the gay rights movement after he cast a decisive vote in favor of making marriage equality the law of the land, will once again cast the decisive vote on this hot-button issue.

But as all of this is mere speculation at this point, we would like to bring to the attention of our readers another issue in college admissions that we think should one day be on the docket of the Supreme Court. The issue was brought to our attention by Richard Kahlenberg, a senior fellow at The Century Foundation, through his always interesting writings on college admissions. Kahlenberg believes — and we happen to wholeheartedly agree with him — that legacy admission is a violation of law. Of tax law no less. When folks make tax-deductible donations to, say, universities, they’re not supposed to receive anything in return. That’s why they get tax write-offs. But donors do get things in return. They get their names on university buildings. And, more importantly, their children (and friends) have better odds — much better odds! — of gaining admission to these universities. They’re not supposed to get anything in return but we know, as Richard Kahlenberg knows, this is not in fact the case.

Sometimes it takes a legal loophole to change laws. If a landlord wants to evict a non-paying tenant, they might choose to make the case that the tenant has a cat, and not a service cat at that, that violates the terms of the lease (rather than argue the tenant hasn’t paid rent). It might be an easier argument. We believe this legal loophole brought to our attention by Richard Kahlenberg should be argued before the courts if folks really do want to put a stop to legacy admission. It’s the non-service cat argument in a nutshell!