We’re not sure why SFFA has singled out the University of Texas at Austin, a school that has already successfully defended their right to practice a holistic admissions policy — a policy we should add that is the practice of every highly selective college in America. But this time, SFFA is seeking Asian American applicants to join their suit as plaintiffs. Of course, SFFA is not the first organization to recruit Asian American students to file lawsuits against highly selective universities. The Asian American Coalition for Education has been onboard this train to nowhere for some time. 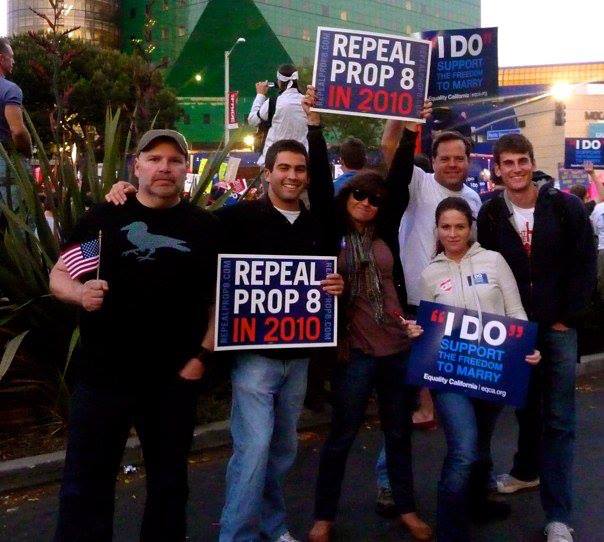 We proudly marched against the passage of California’s Proposition 8, an important moment in the decades-long fight for LGBT equality in America.

And why do we — a firm that is outspoken about the unjust discrimination that Asian American applicants face in highly selective college admissions — refer to it as a train to nowhere? That’s easy. Because we are students of the civil rights movement in America. Let’s take the fight for LGBT equality as but one example. The LGBT community didn’t secure marriage equality out of thin air. The Obergefell v. Hodges victory was born out of decades of smaller fights. It was born on New York City’s Christopher Street, at the Stonewall Inn, when LGBT citizens found their voice to rise up. It was born on the the Castro when San Franciscans came together after the murder of Harvey Milk and after the federal government stood idly by while the community was decimated by HIV/AIDS. It was born on the streets of West Hollywood when Californians marched down Santa Monica Blvd. in defiance of the passage of Proposition 8.

Don’t get us wrong — the courts are responsible for landmark civil rights acts. But it doesn’t start there (it doesn’t end there either). If Students for Fair Admissions really wants to end discrimination against Asian American applicants, they’d be wise to study our American history.