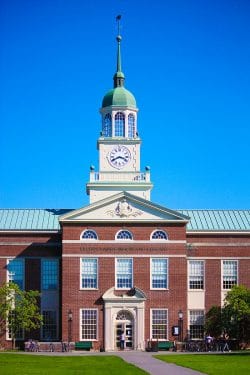 There’s a piece up on “The Huffington Post” about the state of college admissions, though it doesn’t focus on the most selective institutions (photo credit: Aurimas Liutikas).

We came across an op-ed up on “The Huffington Post” by Brian C. Mitchell, a former president of Bucknell University and Washington & Jefferson College, entitled “The State of College Admissions: 2016 Edition” that we figured we’d discuss with our readers. Most of the piece details trends across colleges in America — not at highly selective colleges. We draw this distinction because that which is true at colleges across America is not necessarily true at America’s most elite institutions. Our nation’s most elite institutions are a small minority of schools in America. The vast majority of colleges across America aren’t highly selective. In fact, most aren’t particularly selective.

Deeming America’s most selective institutions to be elitist is easy. We get it.

And we suspect Brian Mitchell, after reading his piece on the state of college admissions, would agree with this distinction. After all, Mitchell writes of highly selective schools: “All of higher education is not Stanford, Princeton, Harvard, or Yale where single percentage admission numbers show no particular relevance to the rest of America’s colleges and universities. And maybe that’s not a bad thing. Selectivity and quality remain distinctive traits only sometimes shared in common. The numbers suggest that Americans can still get a great education, minus the snob appeal of the anointed, resource-rich few at the top of the pyramid.” Ok, ok there, Brian Mitchell. Of course you can possibly get a good education at a lower tier school but the leaders in thought, the future captains of industry, well, you’re a whole lot more likely to be surrounded by them at a Harvard than a Washington & Jefferson College. Sorry, Washington & Jefferson. But it’s the truth and it’s a truth Brian Mitchell knows too, even though it’s easy to dismiss our nation’s most selective institutions as elitist.

Anyhow, we got distracted dissecting this little tiff Mitchell has with our nation’s most selective institutions. Some other points he raises are valid indeed. For instance, he raises the point that “enrollment is code for revenue.” As he further articulates, “It’s a critical distinction when America’s colleges and universities are so heavily dependent on tuition for their survival.” Now that’s true indeed. Colleges, including the highly selective ones, are dependent upon tuition dollars. It’s the key reason why we dispute the notion that colleges are need-blind, irrespective of what they tell you. Think about it. It asks on the Common Application if students need financial aid. If schools were truly need-blind, why wouldn’t this be on a separate document that admissions officers couldn’t see when deciding upon students’ candidacy for admission? And if a college admitted a class in which every student needed financial aid, they’d invariably need to dip into their endowments and eventually go broke. So there’s that.

Anyhow, it’s a good editorial but it is one that, we imagine Brian Mitchell would so admit, applies more to less selective colleges than to highly selective ones. Or shall we call them ‘elite’ institutions for kicks? Why not.