The Stanford of the East 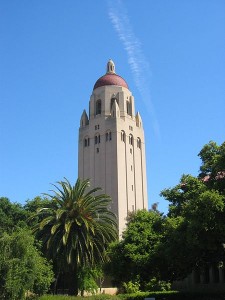 With the technological boom, is Harvard now just the Stanford of the East? Photo credit: Jawed Karim.

Harvard is the Stanford of the East? There is an article in “The New York Times” written by Richard Perez-Pena entitled “To Young Minds of Today, Harvard is the Stanford of the East” that we wanted to bring to the attention of our readers. According to the article, Stanford, riding a “wave of technology” has become the latest “it” school. We’re not so sure about that. Stanford has been among the “it” schools for a number of years but certainly the rise of Facebook, Instagram, Twitter, and so many other Silicon Valley sensations have further cemented Stanford as a cool place to go to college. And for the last two years in a row, Stanford has indeed had the lowest undergraduate acceptance rate — lower than Harvard’s.

According to Perez-Pena’s piece, “No one calls Duke ‘the Stanford of the South,’ or the University of Michigan ‘the public Stanford,’ at least not yet. But, for now at least, there is reason to doubt the long-held wisdom that the consensus gold standard in American higher education is Harvard, founded 378 years ago, which held its commencement on Thursday.”

So since Stanford is riding this technological wave as Perez-Pena puts it, are more Stanford students majoring in fields such as computer science and engineering as compared to at other highly selective colleges like Harvard? As stated in the piece in “The New York Times,” “Last year, 26 percent of Stanford’s undergraduate degrees were awarded in computer science or engineering, about three times as many as at Harvard. At Stanford, about 90 percent of undergraduates take at least one computer programming class, compared with about half at Harvard.” Now that is a major difference.

Our Admitted Students Get Special Shoutouts