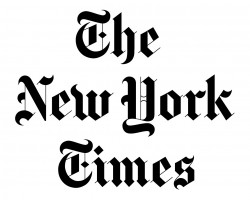 Frank Bruni wrote a cute piece in “The New York Times.” We’re usually quite critical of his opinions!

Frank Bruni, the always opinionated “New York Times” op-ed columnist, wrote a cute piece yesterday entitled “College Admissions Shocker” that we figured we’d share with the readers of our college admissions blog. Bruni starts off the piece with this zinger: “Cementing its standing as the most selective institution of higher education in the country, Stanford University announced this week that it had once again received a record-setting number of applications and that its acceptance rate — which had dropped to a previously uncharted low of 5 percent last year — plummeted all the way to its inevitable conclusion of 0 percent.”

But Bruni doesn’t end the joke there (we’re glad he’s showing a sense of humor — he’s usually very serious in his pieces)! He goes on to write about how one would think that the Stanford endowment would take a hit if the school rejected 100% of applicants in 2016. But not so fast. As Bruni writes, “But over recent years, Stanford administrators noticed that as the school rejected more and more comers, it received bigger and bigger donations, its endowment rising in tandem with its exclusivity, its luster a magnet for Silicon Valley lucre. In fact just 12 hours after the university’s rejection of all comers, an alumnus stepped forward with a financial gift prodigious enough for Stanford to begin construction on its long-planned Center for Social Justice, a first-ever collaboration of Renzo Piano and Santiago Calatrava, who also designed the pedestrian bridge that will connect it to the student napping meadows.”

And while this piece is apropos for April Fool’s Day, it’s only funny because there’s some truth hidden in the jokes. Highly selective colleges do admit a smaller and smaller percentage of students just about every year. It’s sure headed in the direction of 0% a whole lot more than it’s headed in the direction of 100%. Well, that’s an understatement upon reflection. But you get our point. And we’re sure glad that Stanford didn’t admit 0% of students this year because then we wouldn’t have had so many of our students at Ivy Coach earn admission to the institution.