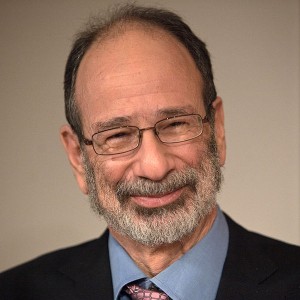 This Nobel Prize-winning economist supports our long-held and well publicizied position that students should absolutely show interest in every college they hope to get into. The economics simply make sense (photo credit: Bengt Nyman).

Showing interest in colleges matters a whole lot! We came across a terrific piece up on “Quartz” by Matt Phillips entitled “The hidden economic rules behind Tinder, marriage, kidneys, and college admissions” that we absolutely wanted to share with our reader base. The piece includes an interview with Alvin Roth of Stanford University, a recipient of the Nobel Prize for his work on matching kidney donations (he also had a whole lot to do with residency matching for those aspiring physicians). The interview includes the perspective of this Nobel Prize-winning economist on why college applicants should show interest to the colleges they want to get into. It’s not like we haven’t been writing about the importance of showing interest in colleges for years, but why not share the point of view of one of the world’s leading economists? Particularly when he agrees with us (hey, we never claimed to be objective…but we do tell it like it is).

As Roth says in the interview, “So college admissions is a matching market. You can’t just go to Stanford. You have to be admitted. Stanford is a pretty fancy university. So my guess is our admissions office doesn’t worry a whole lot about how interested you are. They presume you might be interested in Stanford. But lots of places have to sort among many, many applicants. And… it’s costly to have too few or too many students. So it’s important to them to guess not just how much they like you, but how much you like them, in order to identify students who will come.But at the same time it’s gotten easier and easier to make applications. If you put in your application through the Common App it’s easy to add one more application…There are lots of things at play but part of admissions, part of courtship of all sorts in matching markets, is not just indicating that people should be interested in you, but that you are interested in them. Think about courting a spouse. You want to show that you’re a marriageable guy. But you also want to show that you’re interested, so that attention spent on you is not going to be wasted. [So] if you come to campus, show that you came to campus. Because you can apply to two dozen colleges but you probably can’t visit two dozen colleges.”

We couldn’t have said it better ourselves. But now the next time we make this argument, we’ll just add in there that a Nobel Prize-winning economist backs us up. Of course it’s important to visit a college you’re interested in gaining admission to. Of course it’s important to fill out the card, sign the guestbook, or check in the receptionist when you visit (how else will they know you visited?). Many (though not all) highly selective colleges physically check students in when they visit. Indeed the vast majority of highly selective colleges measure a student’s Interest Quotient (and we are always quick to credit Emory University in particular for jumpstarting this movement many years ago). They want to know you love them. They want to know that if you get in, that you’ll go. After all, yield indirectly impacts a college’s “US News & World Report” ranking. And, in the end, that is what a college cares about most…their “US News & World Report” ranking. Colleges might deny this. But that doesn’t mean it isn’t true. After all, we tell it like it is at Ivy Coach.