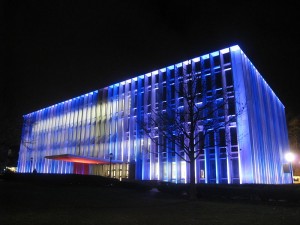 Shame on Carnegie Mellon for offering admission to hundreds of students only to then rescind their offers. And what’s even worse is how they handled the aftermath of their mistake. Oy vey!

Shame on Carnegie Mellon University! On Monday, the university emailed 800 applicants to the school’s master’s program in computer science that they had earned admission. But, rather ironically, it was all allegedly the result of a computer glitch. Sound familiar? Johns Hopkins recently made a similar mistake by sending out and later rescinding offers of admission to hundreds of Early applicants to the school. In fact, just about every admissions cycle, we blog about a university that makes this egregious error. We just don’t get it. Be more careful! Put safeguards in place. Learn from the mistakes of other universities like UCLA and MIT. Every other university should take note of the bad press that Carnegie Mellon is currently receiving for dashing the hopes of students who just got super excited they’d been admitted to a program many hoped to join.

According to an article on Carnegie Mellon’s mistake in “Bloomberg,” “The e-mail, which was first obtained by Gawker, told applicants, ‘You are one of the select few, less than 9 percent of the more than 1,200 applicants, that we are inviting. … Welcome to Carnegie Mellon!’ The e-mail then offered applicants ‘bragging points,’ such as the fact that the program they had been accepted to is ranked No. 1 by U.S. News & World Report. About seven hours later, the admissions office sent another e-mail to some students titled ‘CORRECTION OF PRIOR EMAIL / REVOCATION OF OFFER OF ADMISSION TO MS IN CS PROGRAM.’ The e-mail clarified that they had not actually gotten into Carnegie Mellon. Also, it asked, ‘please acknowledge receipt of this retraction.'”

Carnegie Mellon must be kidding. Not only did they make this major mistake by offering admission to all of these students only to then rescind their offers. Not only did they do that. It’s the way in which they did it. “Revocation of Offer of Admission” in the subject line? Asking students to acknowledge receipt of this retraction? We doubt they’ll be hearing from too many of those students…and for good reason! Shame, shame, shame on Carnegie Mellon University not only for their mistake but for how they handled the aftermath of their mistake.