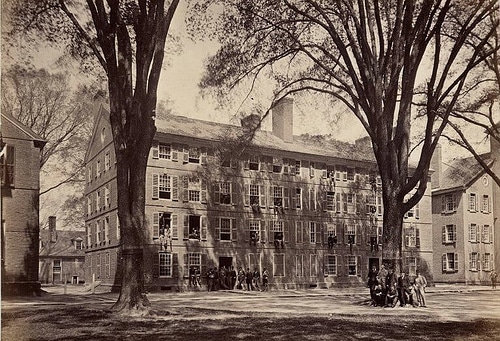 It behooves students to be forthright when denoting their race on college applications.

Race is certainly a factor in the highly selective college admissions process. Anyone who tells you differently isn’t telling it like it is. But race is not just the check box that many perceive it to be. Many students and parents have come to us over the years and asked us if they could check that they’re African American because some DNA kit that came in the mail stated that they might just well be 3% African American. Or maybe a new leaf on Ancestry.com revealed that a student’s great grandfather on his mother’s side was actually born in South Africa — even though all of his other great grandparents were born in China. It’s as though these students and parents believe college admissions officers at our nation’s elite institutions were born yesterday. But they weren’t born yesterday and that trick up the student’s sleeve is more likely to backfire than not.

Race is Not Just a Check Box in College Admissions

The fact is that race is more than a check box in the highly selective college admissions process. If you’re 3% African American according to some DNA kit and your name is Jason Chen, you’re not fooling anyone with your African American heritage. College admissions officers are more likely to perceive your checking the African American box as trying to gain an unfair advantage. They will see it like it is — and it will be to the detriment of your candidacy. What, you don’t think anyone’s ever thought to change their ethnicity in the college admissions process before in order to gain an unfair advantage? It’s not exactly a novel idea. And, again, it’s not just about that one check box. For actual African Americans, race certainly isn’t just a check box. It’s something that so often impacts who they are. It impacts their life’s narrative. Admissions officers are arguably more interested in understanding and appreciating that narrative than seeing which race box was checked on the application.

Allow us to share a story. A few years ago, we had a student who changed her ethnicity at the last minute. Maybe she didn’t think we’d notice the change on her application but we did. And, yes, we said something. Because the student claimed to be Latina and yet never at any point in all of our interactions with the student and her family did she share this detail with us. Rather, she had shared contradictory information. The detail certainly wasn’t incorporated into the storytelling in her admissions essays. The newly checked box was in fact inconsistent with the narrative we helped her present. It’s a good thing she hadn’t yet submitted her application because we warned her against making this change and, with a push from her parents, she changed back her ethnicity to Asian American — her true ethnicity. She ultimately made the right decision. And she ended up getting in to her dream school, Yale.

Be truthful when self-identifying race in admissions. The greater risk is in being dishonest.