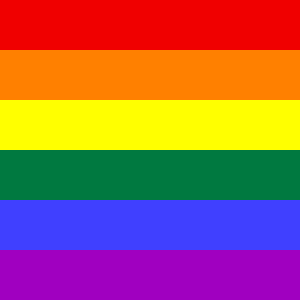 SB1062 is one of the most disgusting pieces of legislation proposed in America in a generation.

On this historic day in which gay marriage is one step closer to fruition in — of all places — the state of Texas (hooray!), we wanted to offer some thoughts on Arizona’s SB1062 as it relates to college admissions. Arizona’s SB1062 is the discriminatory bill that would amend the Religious Freedom Restoration Act to allow business owners to outright deny services to gay and lesbian customers if the business owners did so because they were acting solely on their religious beliefs. It is, we would argue, the most discriminatory piece of legislation that has passed in many years in any of the fifty states. The legislators who support the bill — some of whom have rightly since changed sides because they realized the error of their ways — are nothing short of homophobic. This is not a personal attack on them. When you seek to deny services explicitly to an underrepresented minority group, you are a bigot. The facts speak for themselves.

One argument we haven’t heard or read anywhere that we’ve thought of is this: If every grocery store and restaurant owner in the state of Arizona chose to deny service to LGBT citizens, in theory, couldn’t these LGBT citizens starve? Would they have to go to New Mexico to buy milk and eggs? While this argument might seem outlandish, the theoretical matters when writing and rewriting our laws. We’d like to see a politician respond to this question we’ve raised. We suspect there would be a whole lot of hemming and hawing.

Oh — and if you’re wondering how we’re going to relate this to college admissions, we didn’t forget about that. With Arizona’s SB1062, Arizona State University might actually choose to deny a student admission for the first time in the university’s history! Only kidding. “The Onion” ran a piece about this. ASU isn’t exactly known for their highly selective admissions policies though the university is known for great parties and very good looking students!

May Governor Jan Brewer listen to reasonable folks on both sides of the aisle by Saturday — including former Massachusetts Governor Mitt Romney and Arizona Senator John McCain — who urge her to veto writing discrimination into Arizona law. Shame, shame, shame on the state of Arizona for continuing to be on the wrong side of history.