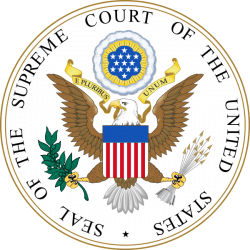 The Supreme Court recently affirmed the right of colleges across America to use Affirmative Action in admissions.

Recently, the Supreme Court affirmed the right of colleges across America to consider an applicant’s race as a factor in a holistic admissions process. Many perceived the decision to be a surprising one, thinking the Abigail Fisher case would be the proverbial horse that broke the camel’s back. After a slew of cases that affirmed the right of colleges to use Affirmative Action in admissions, this one was supposed to be different. And then Justice Anthony Scalia, the powerful conservative justice, died unexpectedly. For Abigail Fisher, many would argue the writing of another defeat against Affirmative Action was on the wall.

But while our nation’s highest court may have affirmed the right of colleges to consider race in admissions decisions, public opinion on the subject of the use of Affirmative Action in admissions is very different. According to an article on Affirmative Action written by Scott Jaschik for “Inside Higher Ed,” “A poll of the public by Gallup, with questions drafted with Inside Higher Ed, finds that the general public disagrees with the Supreme Court and college leaders. Nearly two-thirds (65 percent) of those surveyed by Gallup between June 29 and July 2, 2016, said they disagreed with the decision. The ruling was backed by 31 percent, and 4 percent had no opinion. Support for the decision varied by several demographic factors. For example, by educational status, people with some postgraduate education were the most likely to support the decision (46 percent), followed by those with a college degree (35 percent). Only 27 percent of those with a high school diploma or a lower level of education attainment supported the decision.”

Our nation’s highest court recently deemed the use of Affirmative Action in college admissions constitutional. But that doesn’t mean the general public supports the practice.

Where do our readers stand on the use of Affirmative Action in admissions? Do you believe the practice to be legal? Ethical? We’re curious to hear from you so post a Comment below and we’ll be sure to join in on the conversation.