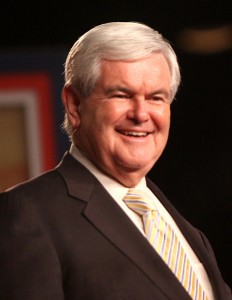 Wondering where the current slate of Republican presidential hopefuls attended college? Wonder no more. Governor Mitt Romney started off his college education at Stanford University but later transferred to Brigham Young University. He’d then receive a JD-MBA from Harvard University. And how about Speaker Newt Gingrich? He attended Emory University as an undergrad and would go on to receive his MA and Ph.D from Tulane University. Rick Santorum? He received his BA at Penn State University followed by an MBA at the University of Pittsburgh and a JD from the Dickinson School of Law. Never heard of that law school? We suspect you’re not alone.

Congressman Ron Paul received his BA from Gettysburg College before attending Duke University for his MD. Ambassador Jon Huntsman started off at the University of Utah before he decided to transfer to the University of Pennsylvania to pursue a degree in international politics. And how about Michele Bachmann? Well, she got her BA at Winona State University. We hear that admission to Winona State is quite competitive. That’s pure sarcasm if you didn’t catch our drift. She went on to get her JD at Oral Roberts University and her LL.M from William & Mary University.

So, basically, in the 2012 Republican field, Romney, Gingrich, and Huntsman went to good schools (Paul did go to a good medical school). And the candidates who don’t have a shot – Bachmann of Winona State and Santorum of Dickinson Law School (in spite of his recent surge in Iowa) – attended schools that aren’t exactly prestigious. Does that impact your vote? You tell us by posting below!

And check out this post on Presidential Candidates and Universities.