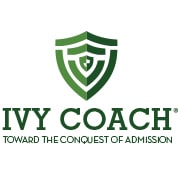 Ivy Coach is proud to offer many resources to LGBT college applicants.

We’ve received quite a few comments and emails in the last couple of days in response to two of our recent posts: Undocumented Students in the Ivy League and Colleges Championing LGBT Students. One such comment reads, “Why are you using this college advising platform to espouse political views. Disappinting [sic].” Political views?

A student who earned admission to Yale who has the courage to come out as undocumented in her commencement address. A post that not only shines a lantern on a brave young woman but also offers insight into the very kind of candidate for admission that Yale seeks? Political. Not in the least. Human? You bet.

Colleges that create policies fostering equality. Colleges that make LGBT students, who for generations were made to feel less than and unequal, feel welcome on their campuses. Political. In a time in which our nation mourns the senseless slaughter of 49 LGBT citizens and allies, there is nothing political about institutions that champion human rights and equality.

Yale believed an undocumented young person deserved admission to the university. Based on the character this young person displayed in her high school commencement address, you bet she did. Yale is darn lucky to have her.

A couple of years ago, someone wrote in that they were considering using Ivy Coach as their private college counselor until they read posts of ours that championed LGBT students and offered these students insight into the LGBT climate on campuses across America. We thanked the person for further encouraging us to write more content for LGBT young people. And we’d also like to add: What is political about a private American business exercising its freedom of speech and of the press? Such freedoms are offered to Americans in The United States Constitution. If exercising our constitutional rights is political, then water is dry.