Out of Staters and UC Schools 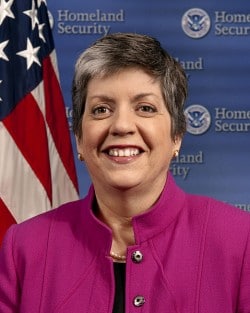 The former Secretary of Homeland Security and current UC president is not being honest about University of California admissions practices.

We’ve been saying for quite some time on the pages of this college admissions blog that it’s easier to earn admission to the University of California schools for out-of-state residents than it is for California residents. And why’s that? Because the University of California loves their tuition dollars, with out-of-staters paying substantially more than do in-staters. Well, an audit conducted by the California State Auditor has confirmed this finding, one that should come as no surprise to many.

As reported by Nanette Asimov for “SF Gate” in a piece about UC admission, “The University of California has been admitting thousands of students from out-of-state with lower grades and test scores than state residents as a way to raise cash, a state audit released Tuesday reveals. In the past three years, nearly 16,000 nonresident undergraduates have won a spot at the coveted public university with scores that fell below the median of admitted Californians, the audit shows. The action — which began at most campuses in fall 2010 at the height of the recession — goes against the state’s Master Plan for Higher Education, which says UC should only admit nonresidents with academic qualifications equal to those of the ‘upper half of residents who are eligible for admission,’ according to the report from state Auditor Elaine Howle. UC’s decision to relax that practice has been bad news for state residents. ‘The university’s decision to increase the enrollment of nonresidents has made it more difficult for California residents to gain admission to the university,’ Howle said. UC President Janet Napolitano called the criticism unfounded, noting that UC has enrolled more California students than it receives funding for from the state.”

All things being equal, a student from Iowa has a better shot at earning admission to the UC schools than does a student from Santa Monica, California. Or Modesto for that matter.

It’s no surprise that the president of the University of California would deny this finding. It’s not in the UC system’s interest for it to be widely known that it’s easier for out-of-staters to earn admission as compared to Californians. It doest exactly inspire folks to want to live and pay taxes in California. But like it or not, the data here doesn’t lie. Students with lower test scores and lower grades who happen to hail from states outside of The California Republic are earning admission over Californians to these schools. And it’s been happening for years. It’s high time Ms. Napolitano acknowledges it.