Musings of a Deferred Applicant 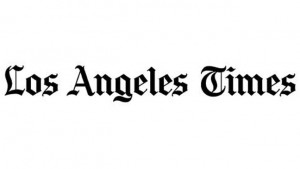 A students at Crossroads School has published a fun op-ed on the pages of “The LA Times.”

We came across a super cute op-ed on the pages of “The LA Times” by a senior at Crossroads School, one of the most competitive high schools in Los Angeles, California. In the editorial by Haskell Flender (what a name, right?) entitled “What happens when your college crush won’t commit?,”  Haskell describes what he’s been going through since the school to which he applied Early Decision chose to defer his candidacy to the Regular Decision round. As we’ve done many times in the past, he compared the college admissions process to dating. Indeed there are so many parallels one can draw!

As Haskell (we just love this name!) writes, “This is my story. Not all the details — those stand in for every student’s over-amped college application resume. But a few months ago, I proposed to a college. Two weeks ago, the college deferred my application. We’re not breaking up, exactly; we’re just giving each other some space. I can’t say it doesn’t hurt. It wasn’t a mutual decision since I was 100% prepared to commit. But the university needed more time to decide if we were right for each other. I’m trying to respect that. I’m resisting the temptation to bombard the admissions office with arguments as to why this school would be lucky to have me. I’m trying not to parse too closely the logic behind its saying that while I didn’t rise to the top among 5,000 other early action candidates, perhaps I will when the applicant pool expands to 35,000. It may just be the school’s way of letting me down easy, instead of rejecting me outright. It’s hard to know. But here’s what happens when the university you’re smitten with puts you on ice: You start looking around. After all, you’re a pretty great guy, an excellent student with diverse accomplishments; you’re not going to be unattached forever. There are other fish in the sea.”

Good for you, Haskell! That’s right. Now that your Early Decision school has put you on ice, you are free and clear to fall in love with other schools. And, based on your outstanding writing and unique voice, it sure seems like their loss is another school’s gain. The beginning of your op-ed actually reminded us of The Most Famous College Essay ever written. We sometimes see variations of this kind of essay that students are seeking to submit to colleges. And we always discourage it. The essay is too famous and who wants admissions officers to think that you were inspired by it? Nobody. Or at least nobody should.

But we feel for ya, Haskell. And we have a feeling, based on your writing skills, that you’ll be successful no matter what college you end up at. The kid can write. And we’re pretty critical so for us to say that, it means something. There are many colleges in the sea, Haskell, but there is only one Haskell Flender. Literally. We’re quite certain there are no other Haskell Flenders in the phone book. Like nowhere.