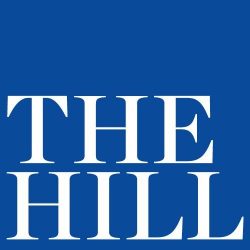 Modest and low-income college applicants face disadvantages in highly selective college admissions. But contrary to an op-ed up on “The Hill,” they also face certain advantages.

Harold O. Levy, a former chancellor of the New York City public school system who now serves as the executive director of the Jack Kent Cooke Foundation (a foundation that awards scholarships to high-achieving students from low-income families), has written an op-ed for “The Hill” entitled “Money shouldn’t outweigh merit in college admissions” that we figured we’d share with our readers. Harold Levy is a respected educator and the work of the Jack Kent Cooke Foundation is fantastic so we eagerly read his opinion piece on the state of college admissions.

He raises valid points. For instance, Levy writes, “No matter how smart they are, children who grow up with modest means are at a huge disadvantage in the competition for admission to college, particularly elite colleges. In fact, a 2014 White House report found that while 50 percent of the sons and daughters of wealthy families have a bachelor’s degree by age 25, only 10 percent of the children of poor families do. This is not because having more money makes you smarter.” He’s absolutely right. Children from modest and low-income families are at a disadvantage in college admissions. They don’t get the best advice because their schools rarely have great college counseling (although this is true at the best high schools in America too!). They don’t get as much one-on-one prep for the SAT, ACT, Subject Tests, and AP exams. Harold Levy is not wrong.

Harold Levy, former chancellor of the New York City public schools, makes valid points about disadvantages facing modest and low-income college applicants. But he also ignores relevant facts — like how being the first in your family to attend college is quite the hook in highly selective college admissions.

And he is not wrong to single out Amherst College, Davidson College, Pomona College, Rice University, Stanford University, and Vassar College to be among the colleges across the United States that have made great strides in appealing to modest and low-income students. But ‘among’ is a key word as there are several other highly selective colleges that have made great strides in appealing to this important group. And one thing that Harold Levy is wrong about is that highly selective colleges don’t target modest and low-income students. In many cases, such students can indeed have an advantage over their wealthier counterparts. These are students admissions officers can root for (admissions officers are human beings!). Highly selective colleges love their first-generation college students, students who will be the first in their families to graduate from college. They love to brag how many first-generation students they have in their incoming class. So to suggest that such schools essentially only favor the wealthy, with exception, isn’t the whole story.