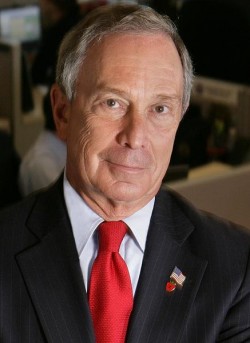 A man we would have loved to see run for our nation’s highest office has made a heck of a donation to one of our nation’s most elite institutions. That man, former New York City Mayor Michael Bloomberg, has made a mother historic gift to his alma mater, Johns Hopkins University. Announced with Vice President Joe Biden, the donation to Johns Hopkins is earmarked for an institute that is squarely focused on “promising immunotherapy research to cure cancer” as reported by “The Baltimore Sun.”

“Bloomberg, a Hopkins alum who has given generously to his alma mater over the years, donated $50 million to the effort that will be called the Bloomberg~Kimmel Institute for Cancer Immunotherapy. Jones Apparel Group founder and the namesake of Hopkins’ Sidney Kimmel Comprehensive Cancer Center, also contributed $50 million. The remaining $25 million for the center was donated by more than a dozen other supporters.”

As our regular readers may well know, this is not the single largest donation to a university in history. That distinction belongs to…Michael Bloomberg. The man previously donated $350 million to his alma mater. The Medford, Massachusetts native arrived at Johns Hopkins as an undergrad unconfident but emerged filled with confidence, having served as his fraternity’s president, his senior class, and the council for Greek life too. And what a loyal alumnus this man has been for the Blue Jays. He’s donated over $1.1 billion to the school. And he’s pledged to give away his entire $25 billion American fortune in his lifetime.

If you’re wondering the amount of Mayor Bloomberg’s first donation to Johns Hopkins, it was $5. That’s $5 without the million or billion. Just $5. One’s got to start somewhere.

Donations to Colleges and Admissions