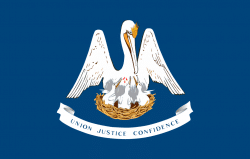 Louisiana has become the first state in America to “ban the box” in admissions.

Louisiana has become the first state in our union to “ban the box” in college admissions. If you’re not familiar with the “ban the box” expression, it’s about colleges inquiring on their applications if students have committed crimes in their past — either misdemeanors or felonies. In fact, we wrote just a couple of days ago about a group of students at Columbia University who have started a petition to ban the box. And while House Bill 688 in Louisiana only applies to public post-secondary institutions in Louisiana, the bill is demonstrative of a turning tide in college admissions.

As reports Shelley Brown on the topic of banning the box for “WVUE,” “Governor John Bel Edwards signed House Bill 688 into law on Friday, making Louisiana the first state in the nation to ban the box on college admissions applications. Starting this fall, the new law prohibits public post secondary education institutions in the state from inquiring about a potential student’s criminal history during admissions with some exceptions.  ‘It makes me very happy because I don’t want anybody else to have to go through what I went through,’ said Syrita Steib of New Orleans. Steib was at the state capitol in Baton Rouge with her young son, Ethan, showing support for the so-called ban the box law. She spent almost a decade in prison after stealing cars from a Texas dealership, then torching the place. ‘Even though my crime didn’t involve people, I was still considered a violent offender,’ Steib said. As an inmate, she took college classes, but struggled to get into a university once she got out. She believes the box on her application was her barrier.”