What A Likely Letter Means 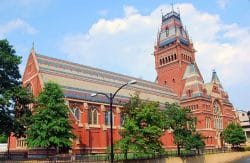 What does a Likely Letter mean, you ask?

When parents and students read these Likely Letters, the most common question they ask us is: “Does this mean I’m probably going to get in?” As our students and parents know that we’re all about under-promising and over-delivering at Ivy Coach, they’re quite often surprised to hear us reply, “No. It means you’re getting in. In fact, it means you were among the strongest applicants to that school this Regular Decision cycle.” Yes indeed — what a Likely Letters means is…you’re in.

Think about it. Why would a college write you a letter expressing how it’s likely you’ll get in? Here’s your answer: Because unlike in the Early round in which you either made a binding Early Decision commitment to one school or chose one above all others to apply Early Action to, the Regular Decision round pits colleges against one another. They’re competing to land you as a student on their campus. They’re competing to increase their yield, to secure the best possible class among the students who applied to the university. They don’t want you going anywhere else. They want you!

Letting you know weeks ahead of time that you’re going to be getting in is a really nice gesture that takes the pressure off. They want you to wrap your head around going to this university. They’re counting on the primacy effect of social psychology — there is indeed a psychological advantage to letting you know first since you’ll start imagining yourself at this school well before you hear from other universities. You’ll start picturing yourself making friends there, studying in the libraries, dining in the dining halls. You get the idea.

Have a question about Likely Letters? Let us know your question by posting it below! And congratulations to all students who have started receiving Likely Letters! Know that you were among the strongest applicants to the university that conveyed to you it’s likely you’ll get in. And by likely, yes, they mean you’re in. Unless of course your grades drop significantly, you misbehave, etc. So stay out of trouble and keep those grades up!