LGBT Friendly Colleges in the South 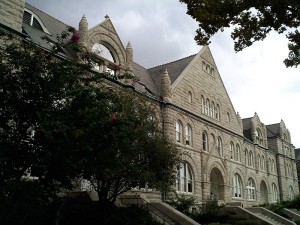 Ivy Coach salutes Emory and Tulane for being among the LGBT friendliest colleges in America’s South.

At Emory University, as according to an article on LGBT friendly colleges in the South in “The Advocate,” “Emory’s Office of LGBT Life offers a variety of programs and events to support students and provide opportunities to the entire campus community. The office holds educational programming, such as Safe Space training and Lunch ‘N’ Learn events, to increase campus awareness about LGBTQ issues and concerns. It also has major events, such as an annual drag show and Pride Awards to develop a stronger sense of community for LGBTQ students on campus. The office recently added centered career nights, where students can foster relationships with LGBTQ and supportive professors, staff, alumni, and other professionals in their chosen career field.”

And what does “The Advocate” have to say about Tulane?: “Campus programming is a large focus of queer work at Tulane. From hosting the queer South Asian performance and literary arts duo Darkmatter to the annual Audre Lorde Week, there are always educational events available to Tulane students that can push the narrative about LGBTQ work further. Tulane offers a multicultural/LGBTIQA orientation, a peer mentoring program, a multicultural/LGBTIQA leadership retreat in Mississippi, a Safe Zone Ally program, and Pride Prom among many other things.”

Congratulations to these seven institutions across America’s South for proudly standing in support of your LGBT students and prospective students. And, while you’re here, read about the 2014 gay friendliest colleges, as ranked by “Campus Pride.”