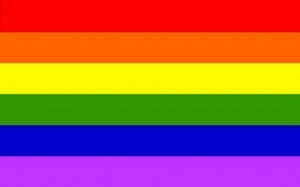 Stanford University, Princeton University, Dartmouth College, Brown University, and Penn rank as some of the most gay-friendly colleges in the nation.

For LGBT college applicants, attending a university that is supportive of the LGBT community is often an important determinant in college selection. A gay college applicant may not want to attend a university that doesn’t have a GSA. Maybe they don’t want to go to a university like Pepperdine where Ken Starr, a gay rights foe active in the campaign supporting Proposition 8 in California, served as Dean of the Law School. If that’s the case, they should probably avoid Baylor University, too, because he’s now Baylor’s president.

At one of those 5-star rated gay-friendly campuses, Dartmouth College, we wanted to demonstrate an example of the school’s LGBT positive vibe by showing you how an athletic team rallied around a gay player. The player happened to be the team MVP, an All-American, the fist goalie to score a goal in an NCAA Tournament game in two decades (against powerhouse Syracuse nonetheless), and the first professional male team sport athlete in North America to be openly gay during his playing career. He was drafted by the Boston Cannons of Major League Lacrosse and later played for the Long Island Lizards. Did we mention that he has since been the lead author on a paper published in “Science” identifying the cell of origin for prostate cancer?